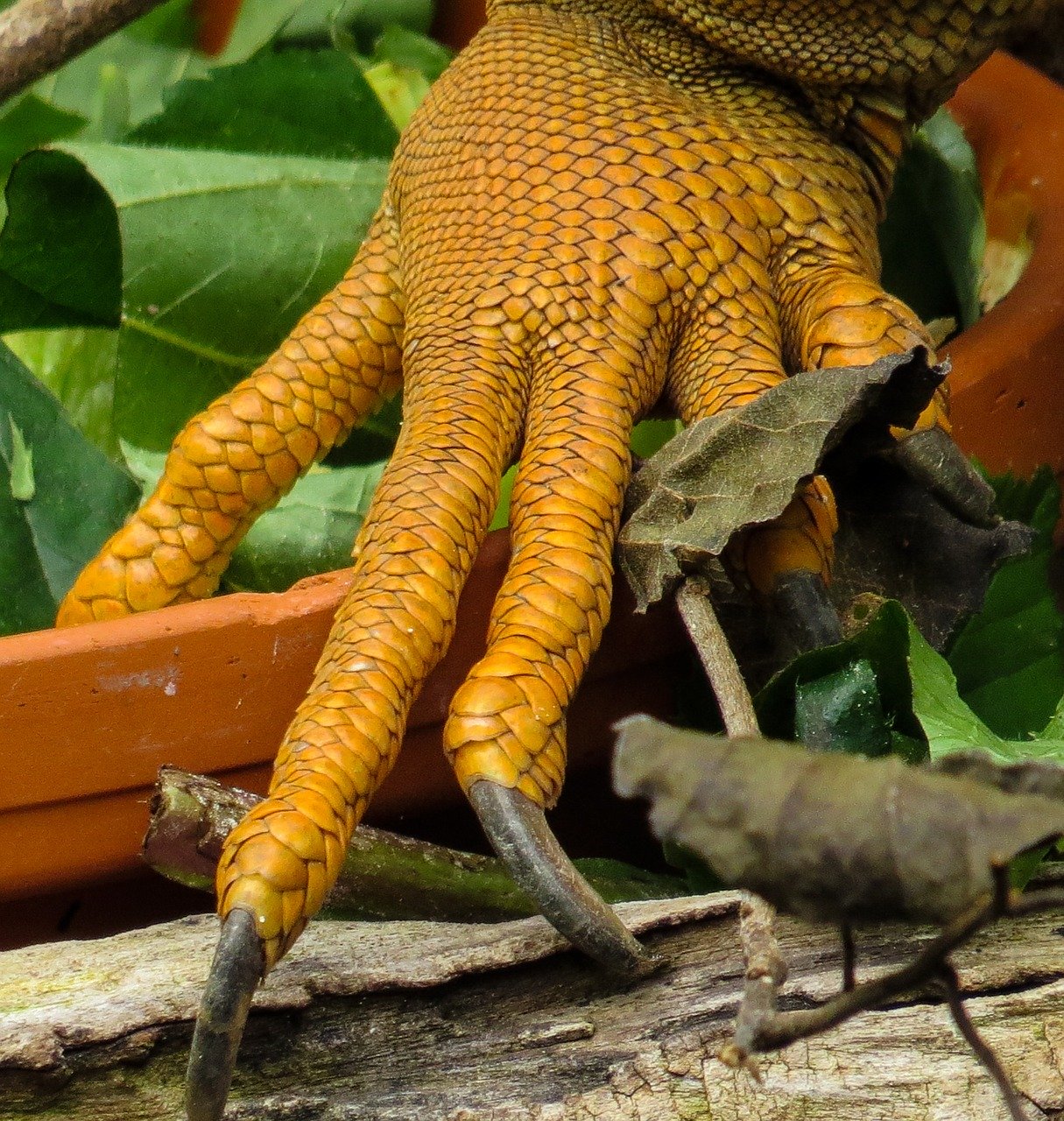 I got the lizard Sunday morning, driving in silence until I pull up to the guy’s house. He invites me in, coughs wetly into his hand, and leads me straight to the tank. ‘This is Barry,’ he says. The picture in the advert had been blurry, taken from above, and so it’s a surprise to see the thing is actually beautiful: a buttery hue, with black accents to the tips of the crest, and finely made toes that taper into excellent nails.

‘Sorry to see him go, to tell the truth,’ wheezes the man, own eyes red and dripping. ‘Have to move nearer the hospital, and got no time to be a fusspot about pets.’ He strokes the beast on the back of its head. ‘Moving is hellish at the best of times, ain’t it, Barry?’

The lizard is still, quiet under the man’s attentions, but his golden eyes are on mine.

Cash is handled, Barry is boxed, and I pack the glass tank, heat lamps and thermal pad into my car. The sick man throws in a carton of live worms, remembering at the last moment that he has a bag of frozen crickets, which will surely defrost on the long drive home, but that’s probably okay. They will freeze again just fine.

‘We will order lots of yummy things for you when we get home,’ I tell the lizard, who is travelling on the passenger seat. ‘Don’t worry. Soon be there.’

He’s just chilling in in the cardboard box, with barely a scrabble in reaction to his whole world coming apart. I admire that so much, you know? The fortitude, I mean. This lizard, is gritty as sand, tough as reinforced glass. He has no fucks to give.

Because ‘Barry’ is an unsuitable name for a lizard, I change it to ‘my unjustified self-hatred.’ This means that I get to say things like ‘my unjustified self hatred kept me awake all last night,’ and ‘my unjustified self hatred’s eating habits are a concern.’ Quiet and clean, he spends most of his time dozing under his sun lamp, scales glowing with warmth. Should he become bored, he undertakes a touch of decorating: moves his wood, shuffles rocks and sand. I like to watch him as I dry my hair. He likes to watch me get undressed. Sometimes I will dance for him, a little shimmy and a striptease before bed, but we both know this is mere comedy, not something to get upset and argue about. ‘We don’t need that kind of aggravation,’ I tell him. ‘We’re happy as we are.’

My sister says I should exercise. That, after a thirty-minute period of jumping and kicking, I would feel more in control, be able to sleep until rested, eat until satisfied. ‘You need to start looking after yourself,’ she says. ‘No one else is going to, are they?’

My sister has a way of tutting that makes me want to headbutt the wall. She does it, then adds, ‘You’re coming apart at the seams.’

‘Nothing.’ The phone is on speaker, because I’m painting my nails as I talk: a shining gold to compliment his eyes. ‘But he wouldn’t. He’s got my back.’

‘Oh? Who’s this, then?’ Her tone has changed, and although I can’t quite put my finger on why, this makes me want to cry. ‘Finally found someone supportive, have you?’

A childish squeal, a beg for a name, but I’m already changing the subject. My sister lets me. She loves me very much. And I don’t like lying to her, and yet the truth is he’s not being supportive. How can he be, when we never talk? I fetch him his dinner and, while he eats, take myself away to sit in the other room, double screening reality shows and the socials of reality shows, but eventually find myself drawn back to his absence, his fascinating disdain.

I’m browsing the forums when an advert pops up. Tank, lights, two bags of food and the leggy wonder that is ‘Khalesi’, all together for a knock-down price, and only a thirty-minute drive. This could make all the difference, I think. This could be what we need. Khalesi is a dumb name for a spider, so on the drive home I rename it ‘my fear of being judged’. Phone calls to my mum and dad become a fist-biting, giggling mess. My fear of being judged is hiding under a rock. They ask me about work, about movies I haven’t seen. My fear of being judged is scuttling into the darkness. They ask if I will invite my new man, the one my sister’s been brim-full of, round for dinner. ‘He sounds good for you,’ they repeat, ‘after all those lame ducks and scoundrels. He sounds stable.’

‘Oh yes, he’s extremely stable,’ I reply, eyeing the low legs, the weighty tail that narrows into the sand.

My doctor says I should exercise. My blood tests are a shit-show of cholesterol and vitamin D deficiency, so I’m breakfasting on oats, knocking back nuts and making sure to swallow a daily dose of distilled sunlight. To be honest, I’m finding it hard to concentrate. Words are hard to locate, I keep losing my phone and my fear of being judged is hard to get to grips with. I can’t tell what it wants, for a start, and nothing I do seems to make a difference.

No one likes being ignored, so I start playing with the conditions of the tank, cooler and warmer, more food or less, trying to get it to do something other than sit in the shadowy corner waiting to be fed.

My parents tell me to get some exercise. Instead, I invest in a microwave rice cooker and think about my protein sources. Beef is out, because we all said we’d stop eating it until the rainforest fire was dealt with, and that was ages ago. I open the freezer, play Tetris with frozen falafel, the frozen chicken curry, the frozen crusts of bread, then grab a handful of my unjustified self hatred’s crickets. They defrost on the counter, unpleasantly crunchy and cold.

My fear of being judged died today. I went to the tank and it was all curled up, legs folded neatly under the furry body, ready for death’s great web. Weeping, I break the news to my unjustified self-hatred, who, of course, says nothing. But I know we’re on the same page. I give him the little corpse to eat. He gives me a golden blink, which is not what I need, but not nothing: a drawing of the sun.

Annabel’s work can be found in such places as Granta, The Manchester Review, The Stockholm Review and 3:AM, and has been broadcast by the BBC. Her debut collection of short fiction, Exercises in Control, is available from Influx Press. She lives in London.