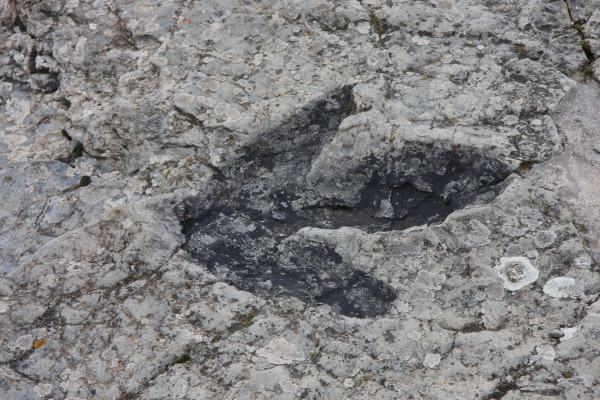 ‘Woah!’ said Ryan’s dad. ‘Look at the size of it.’ He stretched his arms out wide. ‘The biggest animal to ever walk the planet’.

It was bigger than Ryan had thought it would be, taking up three rooms, its tail poking into one and its head into another. But his dad was wrong. ‘It’s not the biggest animal ever,’ Ryan said, walking over to read the signs at the Diplodocus’s feet.

‘What was then?’ his dad said.

His dad looked up at the dinosaur’s pelvis, wide as a car. ‘Must’ve been pretty big.’

‘Still, no match for a Velociraptor.’ His dad said, digging his fingers like pretend claws into Ryan’s shoulders. ‘That’s the dinosaur you’d be, isn’t it.’

Ryan walked out of his dad’s grip. He noticed wasn’t wearing his wedding ring anymore. ‘No. They were too small,’ said Ryan.

‘Velociraptors. They were only big chickens, really.’

‘So just like you then,’ his dad said. Ryan walked on. His dad didn’t understand. It would take a lot of strength, some courage, to overcome something this big.

‘So which one would you be then? This one?’ his dad asked.

Ryan shrugged. ‘The T-rex looked after their young.’

He moved round to the dinosaur’s front end and took his camera from his bag. He took one more picture and looked through all the ones he had taken that day on the camera’s little display. There were people, all shrunk by the huge skeleton, milling around and taking their own pictures; there was an elderly couple leaning on each other, a family trying to keep their kids in one place; people everywhere, but Ryan’s dad was nowhere to be seen. Ryan put his camera in his rucksack and put it on his back. Ryan walked over to the big, wooden doorway as the steady stream of visitors came and went.

When you think about it, big things fell all the time. One-hundred and fifty million years ago, this giant walked the earth. Hundreds, thousands, millions of them. They dominated every part of the planet for millennia, but then something happened. The Earth was rocked, and the dinosaur’s time was over. In one moment, giants were defeated.

Ryan stood by the door and waited, thinking how smaller things got the more you looked at them. 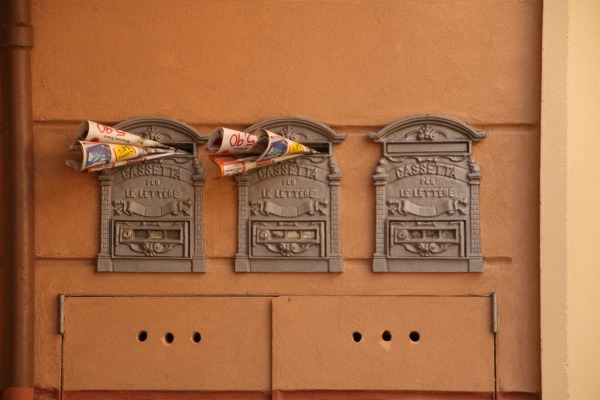 Typical day on the New Bastion Gazette paper route. Storm threatening. I go over the interstate bridge where I encounter a fucking wall of water. No time for the plastic bags I’m supposed to wrap the paper with: sixteen pages of rural news and gossip and junk brochures. On Sundays, the funnies and Lloyd’s Hardware tabloid. (Lloyd’s ponying up for this week’s pressrun.)

On these inclement days, I off-hand the rubber-banded newspaper into the customer’s mailbox instead of the tubes the Gazette wants people to attach to the post. I do this as a personal courtesy because the tubes often leak or are, worse, stupidly mounted cantilevered upward towards the clouds. Some customers will run out in the middle of a rain squall looking for the paper and in their hillbilly panic, notice it ain’t in the tube. Won’t bother to look in the mailbox. I get an ignorant note about a missing paper that isn’t missing at all. Some even phone Bob Tuttle, the circulation manger-cum-copy editor-cum managing editor-cum ad buyer-cum photographer, to complain; I catch Tuttle’s wrath that grates like a yapping Chihuahua.

The answer: face this like any other production-line job. Put in your hours. At the end of the shift, go home, uncork a beer and fire up a blunt.

After two months the customer stops have yet to become automatic. I grab a few extra copies and still come up short some days, long on others. I can’t count anymore: numerous doobies while adrift over township roads delivering the woeful local news.

I use my own vehicle on this route. The old Civic has developed sonic warps and squeals like its from outer space. Like I’m hauling an alien around with me, maybe a squirrel nesting in the engine compartment that, any minute now, is going to be yanked into the fan belt and eviscerated. There’s a floppy noise coming from a front tire. If I end the route this afternoon without this car collapsing on its springs I’ll consider myself blessed. But being paid to take a daily fifty-mile loop over county roads isn’t all bad, especially with herbal accompaniment. Rolling up the newspaper as well as the joints.

My loop consists of one-hundred twenty-six bucolic folk waiting on the daily delivery. Today’s Gazette’s all torn to shit from some mishap in Production. Upper right-hand corner of entire print run shredded. Tuttle tells us carriers to hand them out anyway, who gives a rat’s ass. I can’t understand how this rag operates. The feature stories are AP downloads. The balance is local chin-wagging, police briefs, farm reports. And a host of local ads, like from Mollie Albright’s daycare center, her father’s funeral parlor, bars and churches. The Gazette has you covered cradle to grave with a boilermaker in between.

Tuttle remarks that most folks read the paper for the obituaries. News of the recently deceased fills one entire spread each Sunday. New Bastion’s population adjusts downwards as they float away like fly husks. Last month, three of my customers passed, all old farts, during a two-week period, and I thought the Civic must be harboring a curse. I get paid by the route count, so these cancellations cut into my pocketbook. But nobody’s croaked recently, so things are brightening out here in the Ohio boonies.

I duel with school buses and farm implements on narrow roads, some less than fifteen feet wide. I edge gingerly onto the berm to let oncoming traffic by. Local yokels have this system worked out fine. If you lurch into the ditch, the other guy stays on the road and gets to wave at you. If you stay on the road and the other driver hits the ditch, you get to wave at him. But the person in the ditch under no circumstance waves back. It’s not a salute; it’s not even a wave of recognition. It’s a nonverbal salaam that nonetheless says “Hello there, moving object!” An entire pastoral ritual. Seems to be, as D.F. Wallace might say, the “broom of the system”.

My entire clientele is invisible; some sort of pooky-dooky result of weed ingestion. I never see them; they cannot see me. Cars and rusted trucks straddle graveled lanes leading back to farm houses so far from the roads I travel that if there were actual people at the windows I couldn’t see them from this distance. Laundry flapping bird-like on lines strung between barn and one particular house every Wednesday—wash day for the unseeable McBee’s—conveys to me merely an outline of the size, shape, reliability of the family who wear these jeans and dainty underthings. And socks. So many socks on the McBee clothesline; how many feet does this translate to? I need an inkling of family size just to calm my drug-besotted curiosity.

Thanksgiving Day: concealed folks leave pie slices in the mailbox. Sometimes a small square envelope like you might use to send a Christmas card. Tucked inside by indiscernible hands, a crisp five-dollar bill which, it seems to me, has been requested purposely the last time my generous customer was in town at the bank. A wrinkled fiver will not do. And neither will a thankyou note from me because who would I address it to? I have only an account on my call sheet. There is no face attached to it; no data of eyes blue or green, cleft of chin, age of possessor. The person does not exist even though she extends a cling-wrapped blueberry pie wedge and a bank note to me on occasion.

And so, I come by daily and drop the paper into the tube and drive to the next stop where the tube is absent, or facing skyward, and, then, simply sidearm an arching pitch over the roof of the Civic, propelling the missive onto the driveway; and I continue down the pike, unglimpsed, never seen by people I am unsure are really behind the windows in this, my rural delusion.

James D. Reed’s stories have been published by Midwestern Gothic, Big Pulp Magazine, and The Nebraska Review, among others.; and in many online venues including Fast Forward Festival, Golden Key, 4th Floor, Forever Onward! Review, and Long Story Short. Jim and his wife live on a farm near Collinsville, Ohio.

i can be your kiss
of good luck
your white light
casting off the night
because i am the daughter of the moon
i have been dancing in both
the shadows and the bright all my life,
but many have chosen my thorns
rather than my flowers;
they would rather me be the monster than the dream
i would rather not cut them on the jagged
edges of my teeth
they oft give me no choice—
just let me bloom
see the fragrance of my heart
let me show you my magic and my divinity,
my love and my light;
i want you to see something more than my malice
yet that’s all you’ll ever let me be—
let me instead
paint a sunset with a thousand wings
then maybe you’ll remember me as i am
not who you think i am instead.