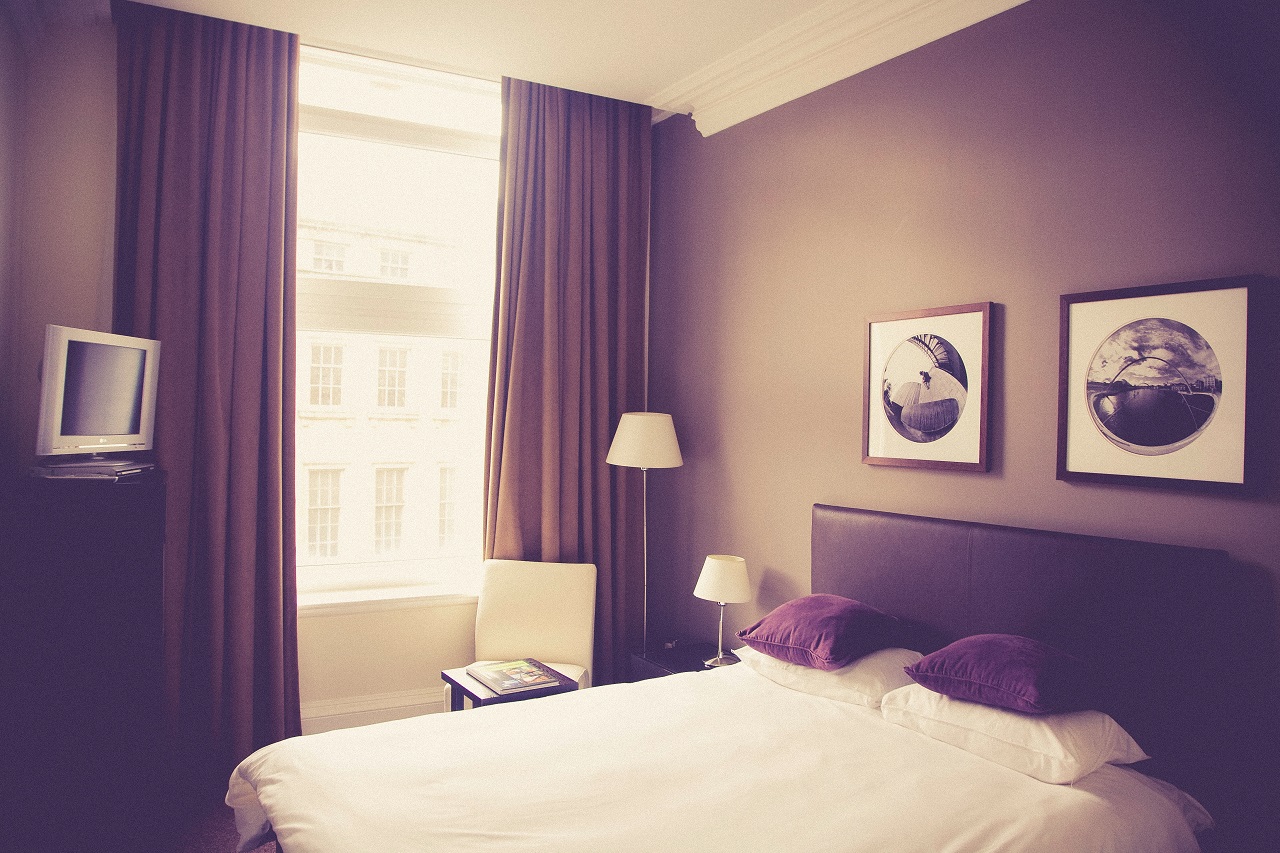 They all left something behind.

It could be a comb in the back of a drawer, or a book with a torn-up cover wedged between the wall and the bed headrest. Once it was a playing card in the corner of the bedside table; another time a tube of lipstick on the bathroom shelf. A tie in the wardrobe or a hair ribbon on an armchair. Unclaimed things my grandmother would collect in a basket while tidying and cleaning the rooms.

‘They wanted to be found, you see.’

Every evening, after I had done my homework and washed the vegetables for the guests’ dinner, I knelt onto a chair so I could reach into the basket, and picked them up one by one; ran my fingers along their edges, stroked their corners. Old pens became the wagons of a train; hairpins came together to build Indian tents. Whenever I could not sleep, I conjured them in my mind and tried to fit them onto each other, as though the basket contained a puzzle I had not yet solved.

On days when we had no guests, Grandma and I would sit at the kitchen window, where the sun could find us and the birds came to eat our crumbs; there, she would take out each item and hand it to me. I loved the way her fingers had twirled upon themselves and changed shape like the branches of a growing tree, though I was sorry they hurt so much. With the basket on her knees she would smile and tell me a story for each small treasure – who had left it behind and why; what purpose it had served before it had been abandoned. Soundlessly I told each story with her, for I knew the old ones by heart, and it was with trepidation that I waited to hear the new ones. Even though we needed the money, I hoped no one would come to disturb us.

It was during one of our long summers that the man knocked at the door. Grandma bade me put away our finds, for the guest would likely want dinner, and with her careful steps she went to let him in. When he entered the kitchen, I saw that rainwater was dripping from the brim of his hat, from the sleeves of his coat, from the hems of his trousers, even from his nose, forming pools around his shoes. Behind him, Grandma, pale, was reaching for her shawl. I too felt a shiver and turned towards the window, towards the sun – but through the glass all I could see was a plumbeous sky. Suddenly I was aware that the birds had stopped singing, and that the roof was creaking with hailstones. The air smelled of wet earth.

Panting, curved, the man looked over his shoulder; ran to the window and scanned the empty path to the house. It took me a while to understand that the cuts splitting his forehead and cheeks were wrinkles.

‘Peculiar weather,’ Gran said, holding out her hands to take his coat, ‘would you like a spot of dinner, Sir?’

The man started; hugged himself, still staring out of the window.

‘It always rains,’ he said.

Grandma and I exchanged a look; she went to stand between the man and the chair on which I still knelt. From behind her bent shoulders I observed the way his hands shook; the haggardness of his face.

‘Is something the matter, Sir?’

‘It’s out there. Looking for me. For all of us.’ As he said this, he only looked at Grandma.

The man lifted his hands, and placing his forefingers on his forehead and his thumbs on his temples he pressed down on his skull. I thought that if he tried to open his eyes any wider, the sides of his head would tear open. And still he dripped on the floor, tic tic tic, a wet scarecrow.

When I grew older, I often wondered why Grandma had not done the safe thing and sent him away. By then I could no longer ask her, but I think it had something to do with her sacred concept of hospitality. That, and the rain that had not been there a minute before and now roared out of the window, feeding pools that could not have formed that quickly.

‘Sir, you will catch your death in those wet clothes. Let me dry them for you; I can lend you a shirt and trousers. They belonged to my son, but they are clean.’

The man stabbed the air with his chin to say no; ran a hand on his face. After that, his eyes seemed more focused.

‘My apologies, Ma’am.’ I could see him force his breathing to slow down. ‘I am weary. Perhaps a bowl of broth if you have it; some tea …’

‘Of course. Please, take a seat.’ Grandma turned towards me, showed me the warning in her faded eyes. I nodded and she crossed the room to the stove. The moment she moved, I saw the man look out of the window again, his hat now squeezed in his hands. He curved his neck this way and that, like a raven, and, when he was satisfied that the path was still empty, he turned towards me and jumped. I felt that I might cry and turned to call Grandma, but right then the man spoke again.

‘Where did you get those?’ he pointed at my basket with a fingernail that was clean but a little long. I swallowed; hugged the basket to my chest and tried to stop my lower lip from trembling. In the back of my head was the comforting feeling of Grandma’s eyes – she had turned towards us, a bowl in her hands.

‘Trinkets is all they are,’ she said, ‘things people forget.’

‘Forget,’ he repeated, shuddering. Slowly, he pulled out a chair across the table and lowered himself onto it, the hat still squeezed in his hands. His eyes never left the basket, even when Grandma placed the bowl in front of him and he spooned the broth into his mouth, holding the ladle as you would a shovel.

‘Please,’ he said to me, ‘I apologise for my appearance; I mean no harm. Please, show me. Tell me about the forgotten things.’

I looked at Grandma; she nodded, sitting at the head of the table between the man and me. At first, my voice would not be coaxed out; then my toys claimed my attention, and I lifted them out of the basket one at a time, reciting the stories Grandma had taught me. No one except her had ever paid so much attention to my words. When the man finished his broth, Grandma fetched the teapot and some tea cups, but neither of them interrupted me. In the silence of the kitchen, it sounded like prayers.

I did not notice then that the man had stopped turning towards the window and wringing his hat. That his shoulders were less hunched, and his hands no longer shook. That realisation would come later, when I would reenact the events in my mind, trying to understand.

After the last treasure had its story told, he closed his eyes, tilted his head forward and stayed that way awhile, so that I thought he had fallen asleep. But soon he shook himself, and when he again looked at me the frantic expression was gone from his eyes.

‘Thank you.’ Pressing both hands against the table he pushed himself to stand; lifted the chair to put it back in its place. As Grandma rose from her own chair, he took her hands in his and I saw him push some coin inside them. Grandma tried to give it back, but he would not take it.

‘Please stay and warm yourself. We will light the fire in the common room – you can wait for the rain to let up, at least.’

The man shook his head, making little curtsies as he walked backwards, and by then he was all but smiling.

When the door closed behind him, Grandma and I went back to the table. Sunlight covered most of it. The kitchen resounded with birdsong. Together, we turned towards the window, but saw no trace of the man. On the floor, beside two small rain pools that were starting to dry, was a rectangle of paper.

Only when Grandma handed it to me did I see it was a photograph that portrayed the man in his youth. The boy in the picture had the same features, though they were curved into a smile that started in his eyes, and there were no cuts on his face. Sitting beside me, Grandma told me the story of my new treasure, then placed it into the basket bidding me keep it safe.

And now that I am as old as she was back then, and older than the man – now I understand, and I am not afraid. My basket has grown; it is brimming with treasures, and every day, sitting in the sun, I tell my grandson their stories.

Bio: Monica Strina is a freelance editor and author who has published short stories in several literary magazines such as Silver Apples, Bunbury and An Sionnagh. She holds a degree in foreign languages and literature and a master’s degree in creative writing.