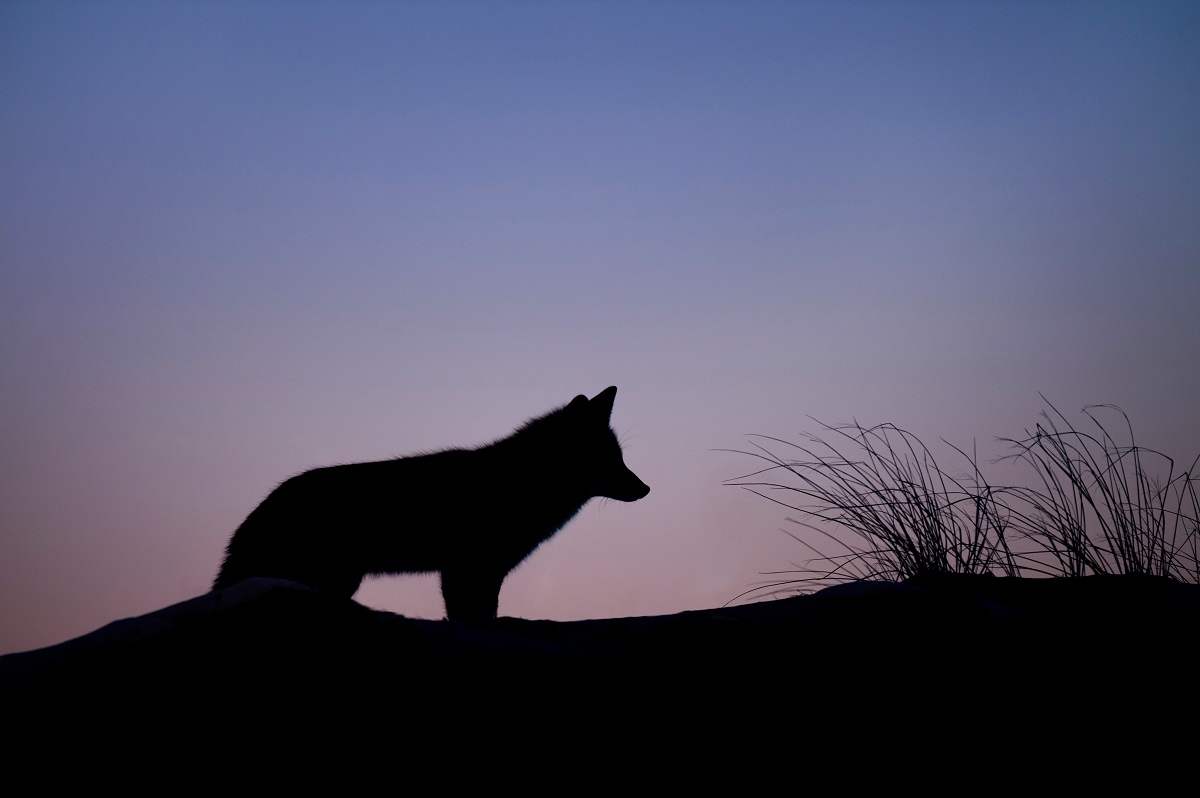 Coyote only comes to town once or maybe twice during the tundra months, dragging his game leg and leaving an odd print in the deep snow down by the place where the gray silent river turns toward the north. He’s tired of the hard-won slim pickings starvation diet he scratches out from under the hard-packed snow cover. He’s fed up with putting out a full day’s labor for a three-minute reward.

This time when Coyote comes to town he’s looking for a little something extra; something a cold and half-starved beast can take his time sinking his teeth into. He’ll be out there, relaxed and happy, well-dressed, late at night, smiling and coaxing some sweet piece of easy prey into his waiting snare. Few can resist him or, once he turns on the charm, even want to.

Back in the forest, Coyote always had to take whatever he needed by force. There was neither time nor need for either stealth or finesse. Survival suffered no flourish, no filigree. But here, under the protective eaves of balsam and hemlock, inside the sheltering windbreak of the common town, Coyote could afford the luxury of laying-in-wait, the methodical stalk before the inevitable pounce.

It was weeks before the corpses began to accumulate; weeks before his grisly handiwork became apparent; before the bloodstained snowdrifts, driven by wind, gave up their horrible secrets.

There was massive carnage before anyone even knew that Coyote had come to town.

Ron. Lavalette lives in Vermont. His work has appeared extensively in journals, reviews, and anthologies ranging alphabetically from Able Muse and the Anthology of New England Poets through the World Haiku Review and Your One Phone Call. A reasonable sample of his published work can be viewed at EGGS OVER TOKYO: eggsovertokyo.blogspot.ie