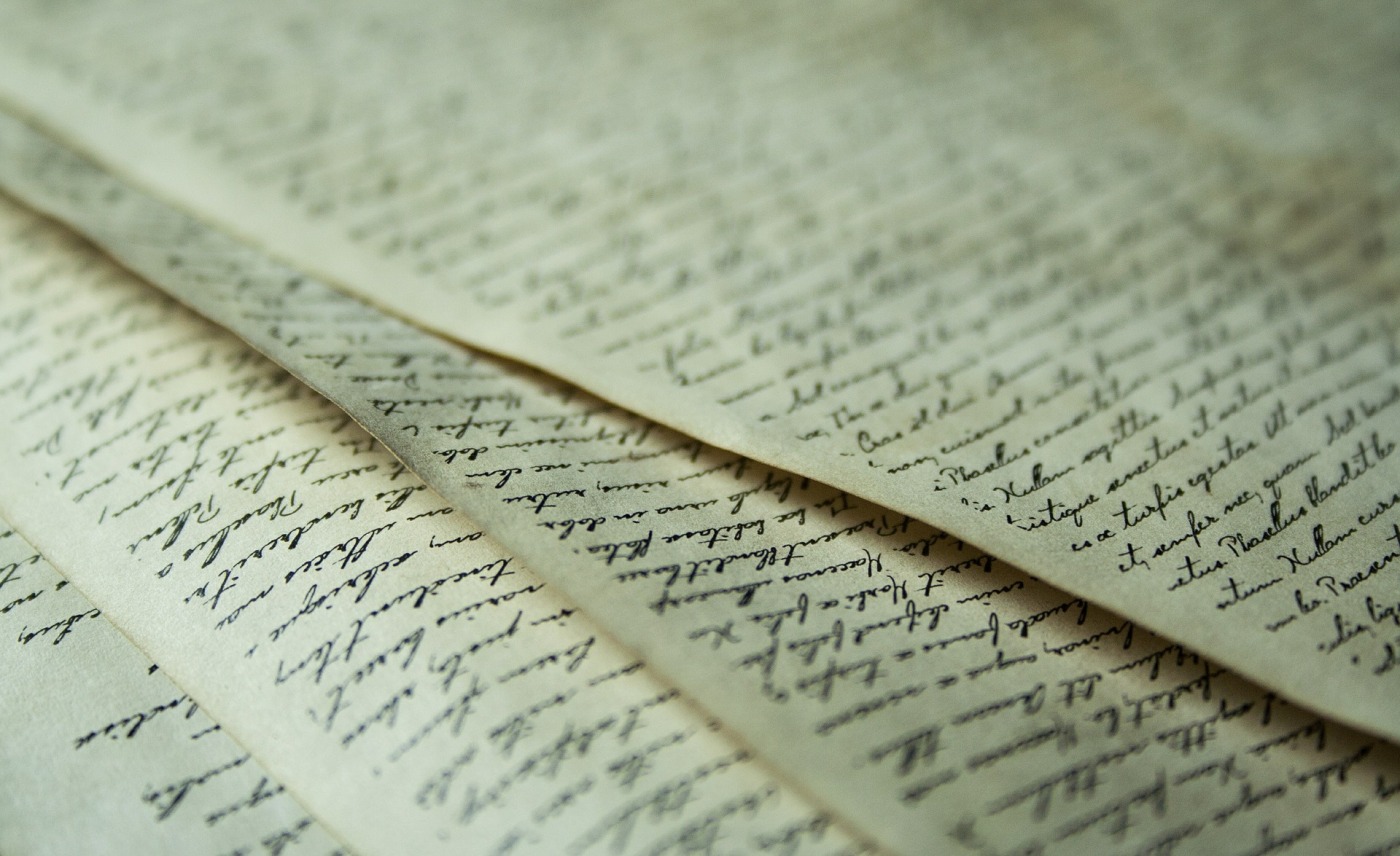 Can you taste color? Swallow music? Hear Professor Albrecht thinking as he stands at the lectern in his office? It’s in the middle of the room. The sun must not stare at the rare parchment in front of him else the ink fade more. He whispers as he reads the words of Anon:

Ironic, is it not, that those who speak of hope and change, loudly decry the despoilment of nature? Nature is a stranger to hope. Life is a cycle of birth and death, and if there is hope for continuation, she keeps the evidence well hidden. Change takes millennia to plan; the volcano erupts but then settles down to the stable minutiae of growing grass. So why the clarion of revolution that prevents the prayed-for peace? Cruel, cruel wilderness, Birth Mother of ambition and his own beloved freedom.

Did Anon mean those words? Perhaps there was a reason why the long-buried texts were forbidden to public publishing. The reason must be freedom—his own freedom—individuality—new dictionaries called that inequality. Hence indignity.

“Well, Albrecht, you’ve been translating the Washington Chronicles for six months. Do they make sense?”

Lambert had entered his humidity controlled sanctuary without the required warning. Again. He must make the door-sign bigger.

Albrecht covered the tatter-edged paper with a supple suede cloth. “Maybe if I wasn’t continually unexpectedly interrupted, I could make more headway.”

“Oh, I am sorry.” Lambert opened the door, rang the bell cord, closed the door again, and strode to the lectern. “Can you believe paper was once plentiful as sand?”

It was almost as if he enjoyed taunting the Curator of the Congressional Library. “Yes, and words once had meaning that most everyone understood. What do you want?”

“A report. One with a few quotes explained with suitable details useful for the next election.”

“You mean fodder for the grist mill of propaganda.” Albrecht motioned Lambert to sit down, knowing he wouldn’t. Everyone hurried through his job. He closed his ancient Oxford Dictionary to protect it as well. Lambert was looking at him with his usual mechanical grin.

“Propaganda is political information delivered with the intent to affect the emotions of the listeners. A grist mill is…never mind. Listen to the words of Anon:

How I love my well-constructed pen because my fingers do not tap well. I do not own keys or buttons that let me compose my thoughts. Thoughts should linger like summer perfume, not dart about like lightening. Thoughts are prayers. Waking dreams. Eagles have wings. My cat purrs. I have my pen. Each of us content in a Master Plan. Hope is an illusion, but happiness within our grasp to understand—to be free is to be lonely.

“Do you see what Anon has done? He has led us down a path of philosophy in that one sentence. Each of us content in a Master Plan. Does he mean content as in happy? Or content as in the stuff contained. Joy or the list of chapters in a book?”

“Why do you waste time thinking of what a dead man might have meant?”

“Why do you assume it’s what a man meant and not what a woman wrote?”

He watched Lambert remove his glasses and massage his eyes. Albrecht no longer despised him or the politicos. They feared freedom more than strife and injustice because they couldn’t bear to be alone. But neither could they relish the thoughts of others. Couldn’t taste them. Couldn’t swallow them. Couldn’t hear them. But Albrecht could.

“Does the text make any sense at all? ” Lambert demanded. “What do I put in my report?” His glasses once again rested on the bridge of his nose, even if he couldn’t see. To Albrecht, his question sounded like a tear.

What did I mean, he asked himself silently, thinking of that question a man a hundred years hence would ask? T-e-a-r. Tear as in sob, or tear as in rip?

He bowed his head. Wait. Or weight? “Just tell them that, so far, the text is just poetry that doesn’t rhyme and has no reason.”

Jenean McBrearty is a graduate of San Diego State University, who taught Political Science and Sociology. Her fiction, poetry, and photographs have been published in over a hundred and ninety print and on-line journals. She won the Eastern Kentucky English Department Award for Graduate Creative Non-fiction in 2011, and a Silver Pen Award in 2015 for her noir short story: Red’s Not Your Color. Her novels and collections can be found on Amazon and Lulu.com.