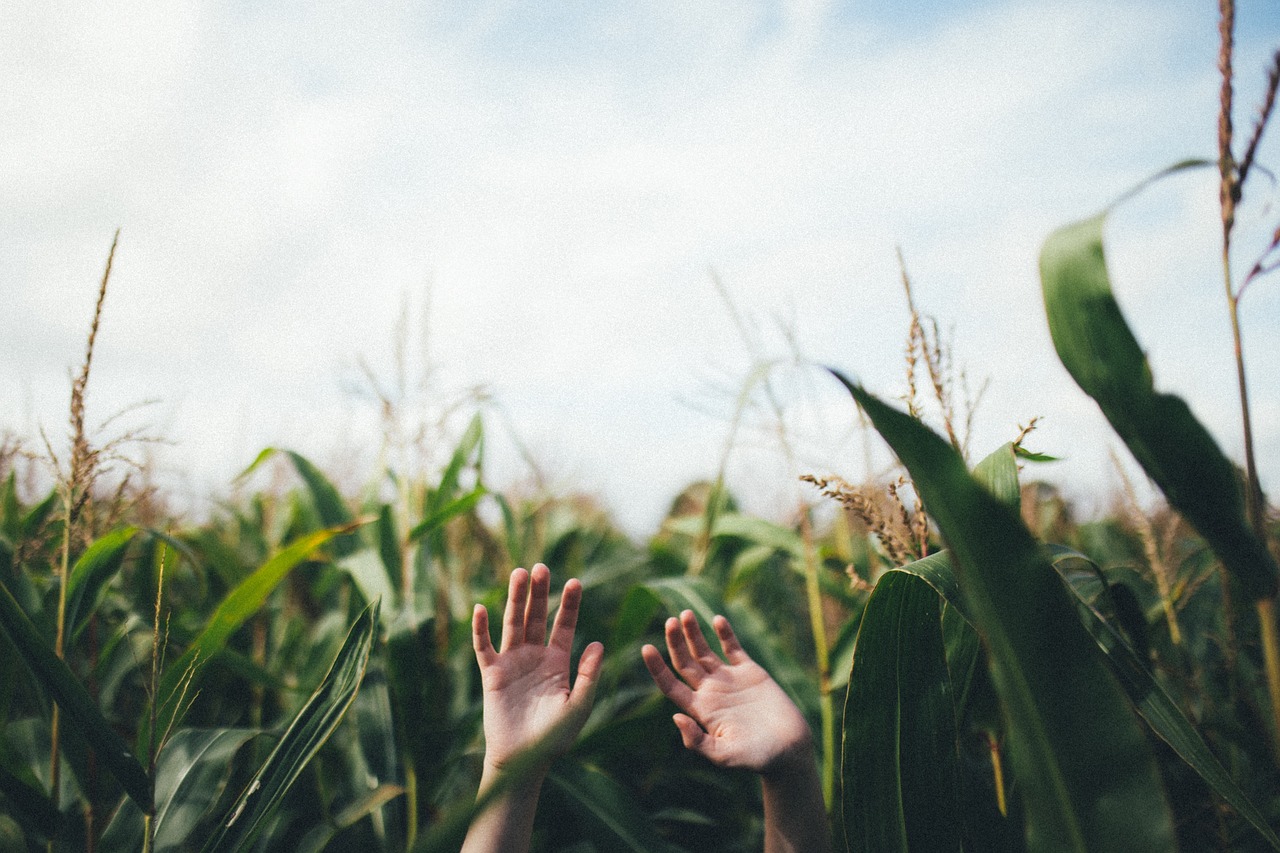 I remember Iowa, cornfields shimmering in the summer heat. And the sky, the dark purple color of a bruise, a tornado sky, a supercell storm, the air heavy and expectant. We headed down to the basement, static on the radio, and the dogs barking. “You kids go down, Grandpa said. “I’ll be right there.”

“They’re in town,” Grandpa said. “They’ll be back soon.” He looked at the darkening sky. “We better go down now.”

“Never mind the cat. He’ll take care of himself.”

“I’ll get him.” I said. I could see the big brown tabby by the screen door. I tried to pick him up, but he struggled out of my grasp, running across the yard, heading for the corn field. I chased him, the wind roaring like a freight train. My sister and Grandpa were standing on the back porch, yelling at me to come back, come back.

Above me, the dark cloud opened, and I felt a lightness before everything went black.

Later, they told me they found me in the field, among flattened corn stalks. Tom was sitting beside me like nothing had happened. I don’t remember how I got there.

That experience changed me. I could tell what the dogs were thinking. Tom the cat was more inscrutable, but in his green-gold eyes was a universe of wisdom. He was going to teach me things.

That was the year I figured out math. I can’t explain that either, but I just understood the way the numbers worked. It was like a door opening in my head. I became a straight A student.

I got a scholarship to college, majoring in math. It was in a topology seminar that I met Dr. Carla Fellini and worked with her on poly dimensional matrices – the theory that this reality is one of a series of realities, an infinite series of parallel realities, and we can move freely between them. Most stay close to home, she said. I felt a connection with her, almost a feeling of deja vu, like we had met before, or maybe I had been waiting to meet her all my life.

Dr. Fellini was considered an eccentric, even among the eccentric professors in the Math Department. Cats, she said, can sense these other realities, just as cats in other realities can sense us in this one. When she said things like that, I could feel their whiskers brush against me.

I was walking down the hallway in the Math Building. I remember opening a door. Then, I was standing on a bridge overlooking a bright night city, surrounded by cats of all colors and sizes. Their eyes were green, golden, orange. They circled me, rubbing against me, regarding me with their infinite eyes. “It’s time to go back,” they said.

Dr. Fellini’s face was looking down at me. “How do you feel?” Her blue eyes regarded me with concern.

“What happened?.” I said. My mouth felt dry with the strange sounds.

She brought me a glass of water. I felt rivers flowing through me, the Mississippi, the Amazon, the Nile, and along their banks were grasses and jungles. Eagles soared in cloudless blue.

“Better now?” The blue eyes seemed to smile at me.

“Where am I?” I tried to get up, to look around. Soft hands held me down.

“Home.” Her blue eyes were kind, but I couldn’t make out the rest of her. I heard rumbling in the background.

“You should rest, now.” The eyes were growing darker blue, the indigo evening of a summer night and fireflies.

I felt the velvet humidity. Dr. Fellini was holding a round thing, like the moon. There was something odd about her hands, the fingers.

“Welcome home,” she said, as the indigo turned black. “Your journey is just beginning.”

VOIMA OY lives on the western rim of Chicago, near the expressway and the Blue Line trains. Her writing can be found online at #vss365, Paragraph Planet, 101 Fiction, Unbroken Journal, Vignette Review, and Molotov Cocktail–Flash Worlds. Follow her on Twitter— @voimaoy.