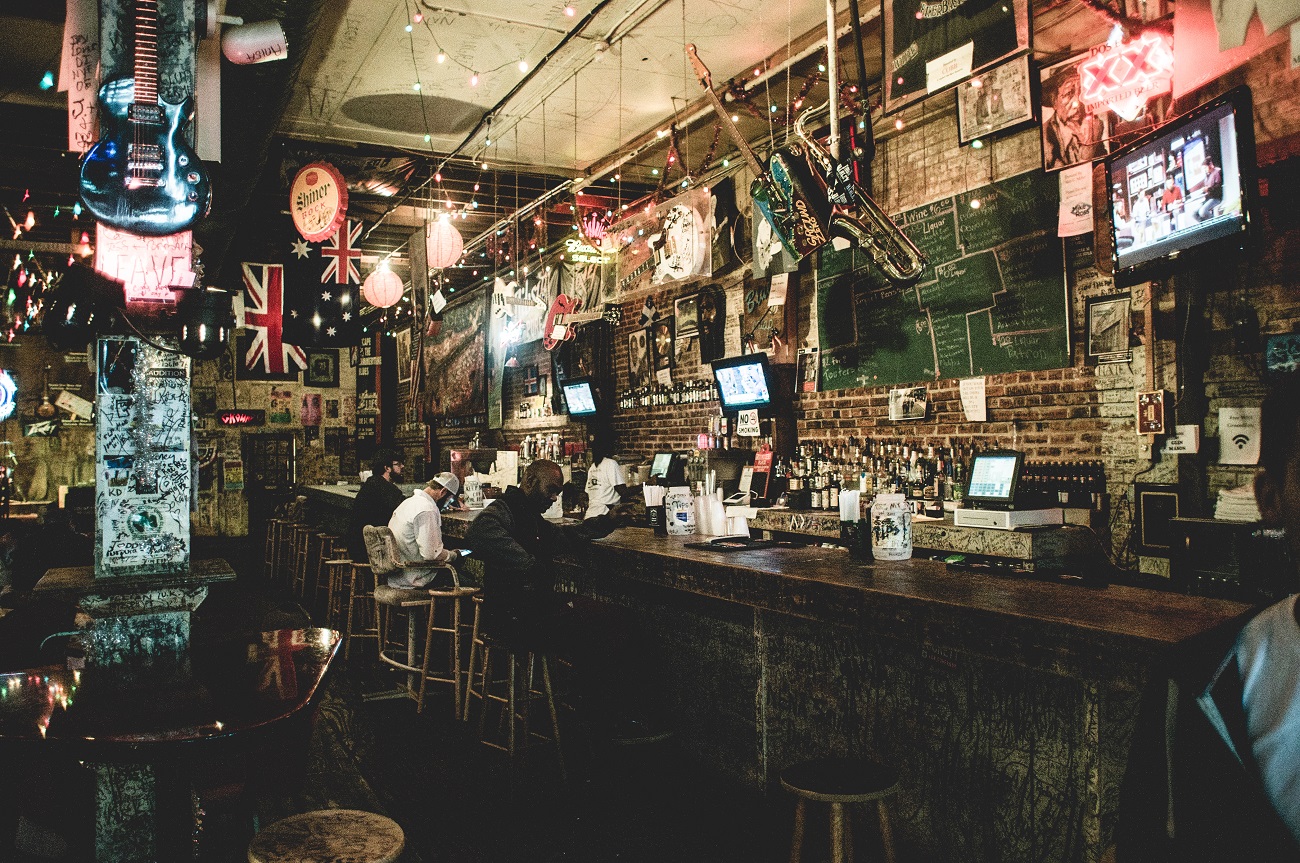 He’s on TV again. You’re perpetually stuck in the silence that punctuates conversation and he’s on TV again. The sound is off but everybody in the bar is staring up at him, the hometown boy done good. Everyone seems to love the fact he’s made it, as though it covers themselves in glory through osmosis but it just hammers home how little anything happens here.

You went to school with him, not that you would have noticed at the time but then no one did which is what makes this all so much worse. Apparently the school lauds him as a notable alumnus now whilst the music department claim him as a prime example of how well their extracurricular programs work despite the fact he never took part in any. You remember his sister a bit better, she was in your year and it seemed like everyone had a crush on her. She always wanted to be a singer too so perhaps this is more galling for her but you doubt it since you’ve heard she’s on tour with him.

You can’t hear what he’s saying but you can tell from the smug look on his face that it’s some disingenuous platitudes about being humble and having surprise at his success.

It’s nothing personal against the lad and you don’t begrudge him his accomplishments but it’s the mediocrity of his endeavours that irk you so much. Sure, you were never anything special at music but you could throw a handful of adjectives together and explain why love is so great yet, here you are drying pint glasses and he’s on television explaining how doing exactly the same thing made him a pop star. He just makes the sentiment vague enough so that it applies to anybody and everybody.

One of the bar flies catches you watching and nods back at the TV.

“His dad drinks in here you know?”

As if you wouldn’t know, as if you aren’t in here every night serving pints of piss to everybody that walks through the door and then cleaning up half of it come closing time.

“His younger brother too.”

“Not really my cup of tea.”

“That he comes from here, that we can produce world class talent. Does it not make you proud of your town?”

You look around the bar at the same old faces, predominantly ageing, fat men who come here straight from work and drink their lives away until last orders. The drunk talking to you is in here every night himself, drinks six or seven pints of cider and then drives home. You slowly, deliberately turn back to him and hold his watery gaze.

You should be out there creating something beautiful, something useful but all your energy goes into this job, into living and surviving. You know you could write about looking up at the stars and the moon and jotting down the colours in your dreams if it weren’t for the sheer exhaustion of staying the fuck alive.

Some bright spark behind the bar decides to put on his music and you spin on your heel to stare them down but you meet eyes with the boss and quickly drop them to the floor but the damage is already done.

“I have other preferences.”

“I thought he was supposed to be the voice of your generation?”

“Look, all music, any music, is just rhyming words over pleasant sounds. His songs aren’t elegant scriptures on the human condition it’s just words and sounds.”

“But those words are art, the way he paints pictures with them is a talent surely?”

“A child can paint a picture, it does not make them Picasso.”

“Yes, because a child can copy what they see but they can’t create something new from a sight seen a thousand times before, they can’t give a new viewpoint on an old vista, an artist can.”

“And you think that’s what he does?”

“Well, I don’t know about that but the imagery he conjures up is certainly evocative. The one where he sings about how the sunset makes him cry is rather touching.”

“Anyone can look at the sky and recount the colours they see.”

There is silence now, you think you’ve touched a nerve but you dismiss any worries and just carrying on drying glasses. You can sense the crushed notions of you as a person, something you’ve managed to pick up on over the years as you’ve found people project images of themselves onto you with your seeming reticence to talk an apparent invitation to create their own image of you with no basis behind it. George’s music continues to play and the old drunk taps out the rhythm on the bar as you flit up and down it trying to find things to do. You’re on an earlier shift tonight so you’ll miss the evening rush for once but you realise just how quiet the place is otherwise.

You’ve been doing this for two years and you’ve never quite warmed to it. Spilled beer and forced conversation were never your forte but it was supposed to be a stopgap sort of thing until bigger and better plans came your way but you didn’t realise how much your disdain for drunkards and lack of enthusiasm for socialising would seep through. It’s not a bad job and the people are alright but it’s just not for you and things haven’t quite worked out the way you had envisioned and you still get a palpable sense of relief when it’s your time to clock off.

You tidy up and say your goodbyes and nod to the regulars as you pass. It’s nice to get out early on occasion and this is the first time in a while that you’ve not started walking home in darkness. It’s not far off though and the sun is already setting covering the sky in peachy oranges and pinks whilst purple clouds skid across causing long, streaky gouges in the flesh coloured tones. You can’t deny it isn’t pretty, perhaps you’d go so far as to say beautiful and you try to pick out the words of how you would describe it. You can see the hues of orange highlighted by the dim yellows but they don’t make you feel anything, it looks good but it doesn’t make you feel a thing so you just shut up and look at the sky.