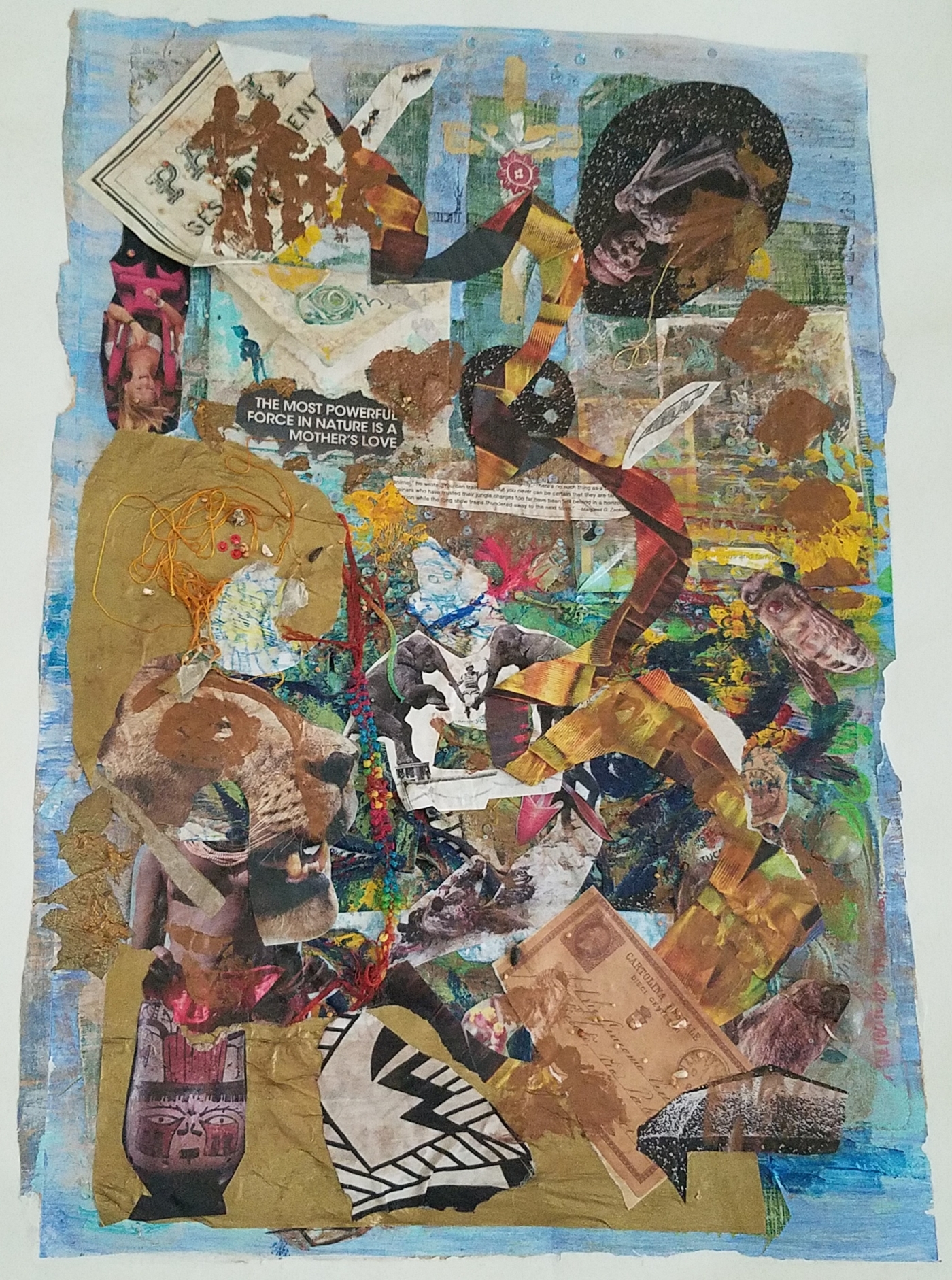 In the beginning,
We stood taller than houses
Three stories hit our shoulders
And we could see the disappearing rim of dirt melting sky.

I wore your shirt for years,
and then sliced through it with scissors
I wouldn’t touch with paper,
cut only silk,
lay the tatters black as blood and bruises down in glue.
Lay down and got dizzy from glue.
Counted how many brain cells I’ve lost to you,
you should have inked yourself in warning,
a permanent tattoo

You complained of me never wearing a watch,
not caring about whether I could beat anyone on a clock
or show up before the starting shot
but, here I was, captain of all that was or will be,
a you you would never recognize,
a woman who seeks,
an asker.

I had to lose you in layers.

In the art of the collage,
last goes first on the page,
for the past,
then come the concerns of the day,
diapers and other loves tended,
my fastening fingers
buttoning shut a sweater
or is that a suit of armor?
A lionness,
a girl balanced between elephants,
a skeleton inside a star womb
to signify the dead. 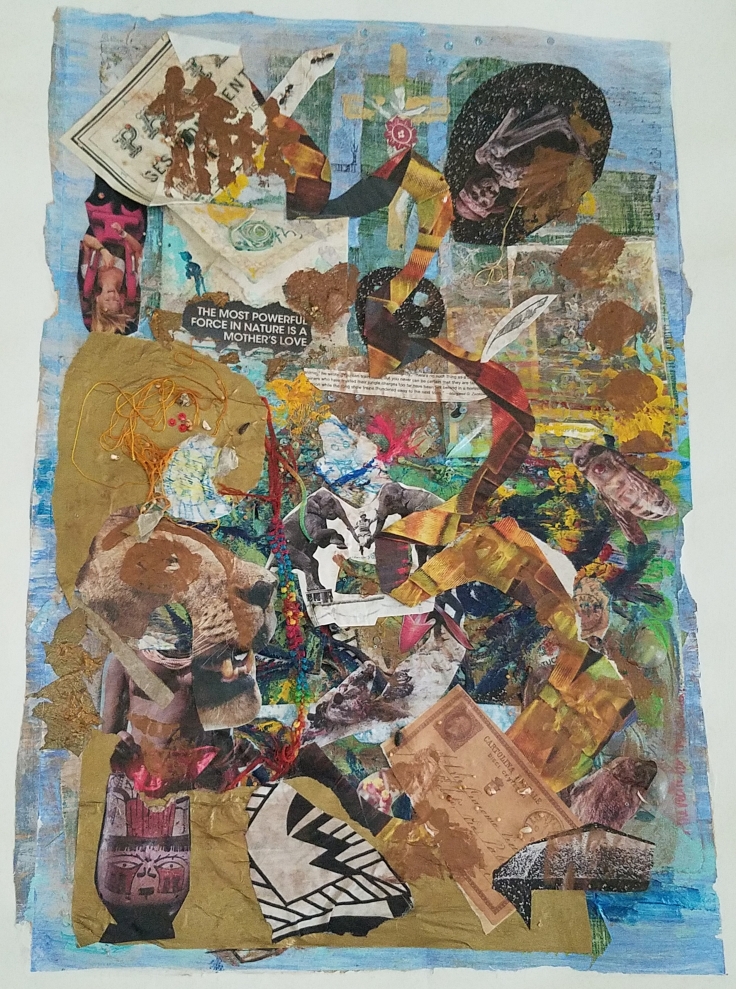 Amy Alexander is a writer and homeschooling mother living in Baton Rouge, Louisiana with her husband and two kids. Her work has appeared most recently in Mooky Chick, Anti-Heroin Chic, The Ginger Collect, The Remembered Arts Journal, Cease, Cows, and many more. Follow her on Twitter @iriemom.