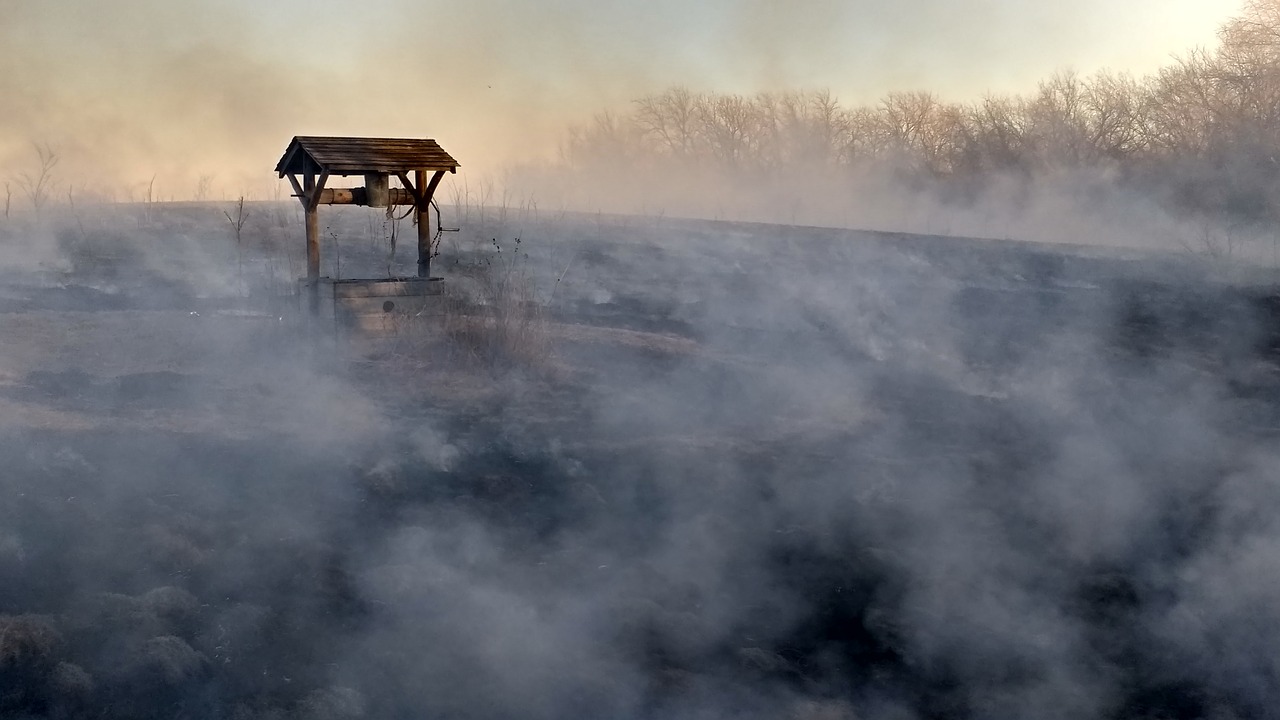 The grass behind the farmhouse was lush and soft on bare knees. Lu’s pajama-clad ribs were pressed against the cool stone walls of the well, and they were listening to the voice coming up from the water. Lu’s left arm dangled over the side, trailing fingertips through the reflection of the moon in the still water. Everyone else was asleep. Six feet below the surface, the darkness enveloped even the blue-gray color of the walls.

When Lu asked about the well, mama said the voices was just noises coming from the underwater spring. Daddy just laughed and shook his head, said “them womenfolk and their superstitions.” Meemaw said the whispers came from the ghost of a witch. Meemaw said her own great-gramma knew the witch:

“She was a nice lady, my great-gramma said. She always liked that well, and she lived with our family for a spell. She moved out East, and when she did, she said she hoped she’d come back to the well when she died. Six, seven years later, that well started talkin’, and the family knew it was her.”

The voice in the well, eager for company, had been babbling since Lu was a toddler, telling and teaching, singing and preaching.

They had lots and lots of other secrets.

One day Lu come in from the well, three years old, singing an old, old nursery rhyme: “Who caught the blood? / I, said the fish / with this wee bone dish / I caught the blood.”

Well, mama asked where Lu heard it, and she didn’t like Lu’s answer. After talking with the voice in the well that night, they agreed it’d be for the best to not share anything else that came from those depths.

The voice in the well only told true things.

Sometimes the true things were nice. The voice in the well told Lu about how mama and daddy met and tumbled straight into love after a barn dance, even though mama was already engaged, and how she broke it off with this other fella to be with her true love. In the version mama and daddy told, there weren’t no other fella, but they thought that made it a little sweeter, like mama and daddy was meant to be.

Sometimes the true things weren’t so nice. The voice in the well told Lu how there’d’ve been an older brother from the other fella, and mama had to do something so there wouldn’t be. Mama wasn’t ashamed, and they drew strength from that. Another time, it told how daddy got the scar on his shin, and when they asked daddy, he said something about a coffee table in the dark, but he blushed fast enough that Lu knew the well was telling the truth again, like it always did.

The voice in the well sounded a little like a carillon.

The dirt caked on Lu’s fingers drifted off in the well water and sank. The underground thing was a small wooden box, but it wasn’t even really a box anymore, just some splinters. Tucked in among the splinters was a ten-pound lump of gold coins, all fused together by time and rain. When they rinsed the lump off in the well water, little bits of gold and a few stray coins came off with the dirt and fluttered into the dark.

Lu’s parents weren’t bad people. Mama and daddy just didn’t understand, yet, and needed some time. “Your parents will understand,” said the voice in the well, “in eight and a half years.” Lu breathed a sigh of exhaustion and thanks.

“You will come back,” said the voice in the well, and that made them cry again, because it had felt uncertain; understanding and welcoming are two different things. “In twelve years, three months, and six days, we will talk again. Now, you will take your daddy’s hammer and chisel and chunk off a bit of that lump. You will ride your bicycle into town. You will arrive at sunup, and wait for the pawn shop to open. You will sell the chunk of lump. Then you will buy a bus ticket out West.”

Keef lives and writes in Austin, Texas. He’s currently working on a
series of horrible little fables. Follow him on twitter @keefdotorg,
or on the web at keef.org.