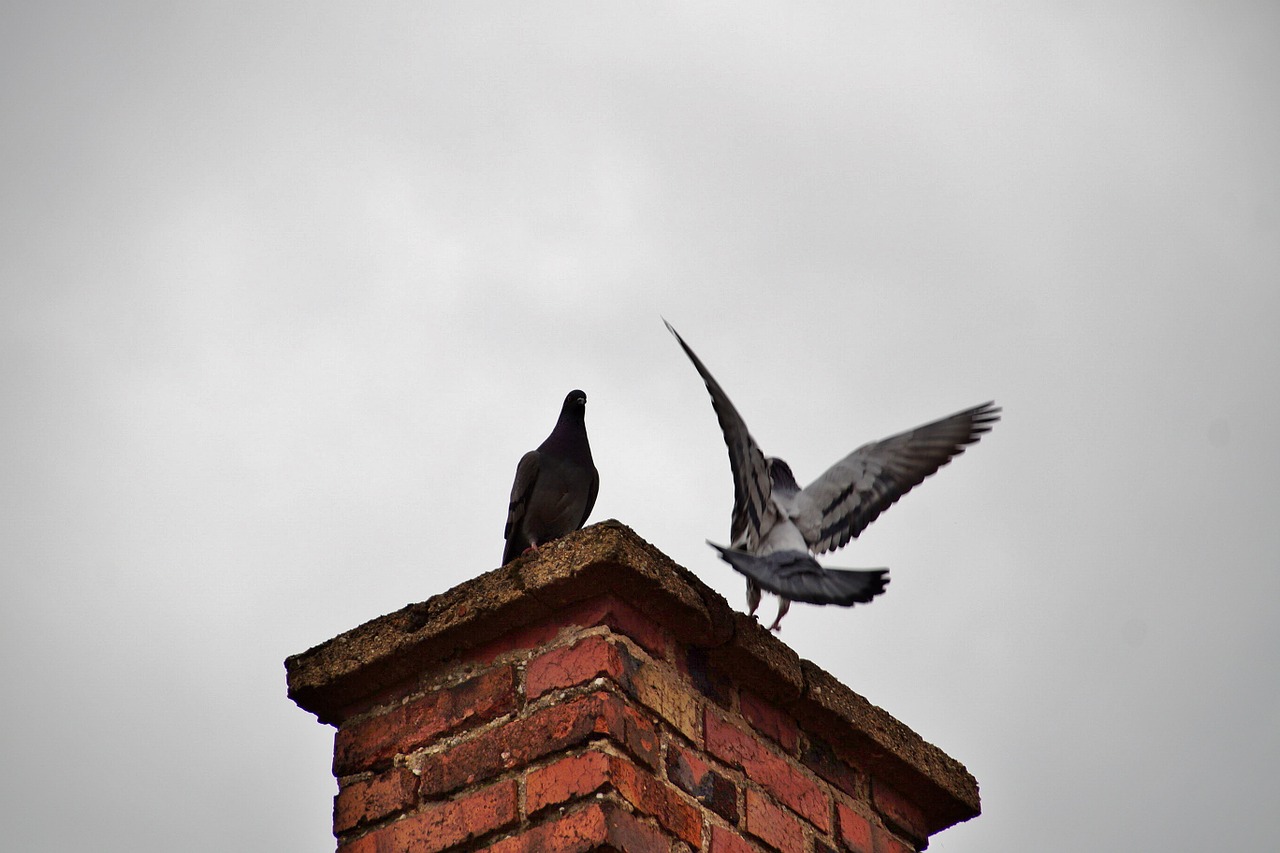 I heave myself up the narrow chimney shaft.

Finally, I will find out where all those pigeons are coming from.

This chimney is a nightmare. Who wants a dead pigeon falling on them every time they’re planning on making a fire? Not to mention the ridiculous draft that the opening creates. You open your chimney and it blows your front door open.

Kind of like the “Every time god closes a door he opens a window” stuff. Although in this case he opens a chimney, throws a rancid dead bird in your face and opens the front door with such force that the cutlery shakes on the kitchen shelves.

I wonder if it works the other way round? If you slam the front door with great power will it shut the chimney? Maybe I’ll check later. It might amuse Marcia. She’s been so cranky lately. Dreaming of pigeons, the poor sucker.

Climbing through this shaft is harder than I thought. It is a sweaty reminder of my age, my latest birthday having thrown me into the depth of middle age. In my shaky effort to climb up, I can feel how much gut I’ve got, spilled all over my midriff, clinging to my waist.

I shouldn’t be far now. Maybe a couple more feet. Though it is very dark still, and the battery on my mobile and only source of light has run out a mere 2 minutes into my climbing journey.

Shouldn’t the shaft be lightening, as I get closer to the top?

Six. Six bloody dead pigeons in 2 weeks. You open the chimney to make a nice romantic fire for your wife and you end up with a dead pigeon and an argument. As if it was my fault. I didn’t bring the pigeons in there, Marcia.

I’m gonna get it all sorted. I just need to finish climbing up this fucking chimney, get rid of the nest or cadavers or whatever might be up there and then I’ll have a nice fun story to tell the kids and maybe some loving from my cranky wife.

The shaft has narrowed now and there is still no sign of light, just a deepening damp smell. I reach up to gage how far I am and my hand comes into contact with cold concrete.

The chimney is sealed.

Where did all the pigeons come from?

Sudden, inexplicable fear crawls through my body, and the dampness seems now to treacle through my veins along with a palpable sense of doom. Deep breath, calm down, and climb down.

The story to the kids won’t be as fun and I’ll probably have to settle for a sexless marriage, but at least I will no longer have to experience this cold, narrow abyss.

I can hear a noise echoing through the shaft. A crunching noise followed by the sharp metallic thud of car door closing.

She’s angry. I can tell from the clattering of her heels, and the vigorous shutting of the front door. In the kitchen, the cutlery cackles, and in the lounge the chimney hatch slams shut.

B F Jones is French, lives in Surrey with her husband, 3 kids and cat and works as a freelance digital consultant. She has book reviews and stories published on STORGY. She also had stories commended by the R. C. Sherriff Trust and LISP.