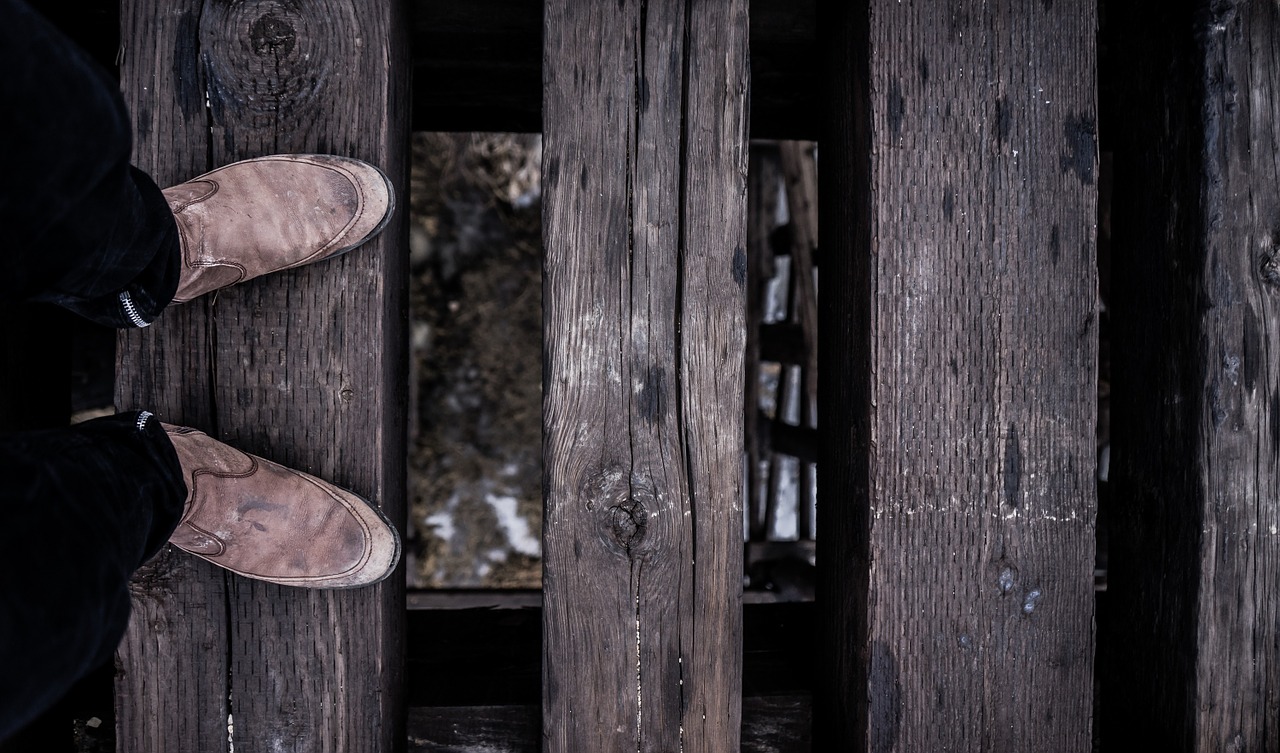 January mist glides in waves over the flat river. It drips from the blackened branches of the stately chestnut trees that line the long, straight path.

I can make out a figure a couple of hundred yards ahead. The elderly gent I see, every Tuesday, when I walk into town to do my weekly shift.

My route takes me first on a rough gravel turn through vegetable allotments, then out onto the flat Ings near the taut-drawn steel arc of the Millennium Bridge before bearing right, along the straight promenade – ‘New Walk’ – lain in Regency times for ladies of leisure and gentleman flâneurs to parade in their finery.

My shift starts at ten. If I’m late, I see him near the beginning of the path: if I make good time I see him further north, at its end by the little blue bridge below the flood barrier. Here two rivers meet in a letter ‘Y’: the barrier’s to prevent the main flow making a rearguard action – backing up the smaller tributary, into the city centre.

It took me three years to get that much. Heaven knows how long it might take before a handshake – ‘My name’s Louise, but most people call me Ziss’. I suppose it’s a Brit thing.

January gales sweep the bare branches in broad gusts. Spindrift rolls over the choppy grey river. A year has passed and my new year’s resolution to find paid work has foundered again.

Perhaps it’s because I like my Tuesdays at the charity shop too much.

A few hardy joggers and determined dog-walkers are braving the storm. Here’s the gent, in his usual long dark coat.

He always carries a cane, though I’m pretty sure he doesn’t need one: his back is straight and his gait easy.

After that the path roughens before passing under the bone-like arches of Skeldergate, along the quayside and in front of the two old pubs – the King’s Arms and the Lowther – that are always on the national News when it floods.

The pale sun of the New Year casts a long, indistinct shadow that leans left on the path before me. I’m once again enjoying my first walk in of the year. The river is blue and smooth. An eight glides like a blade, the coxswain calling the strokes.

Last June my number came up for an allotment. I noticed as I passed just now that the broccoli leaves have wilted. But it’s only frost: they’ll recover.

Funny how, past a certain age, people don’t seem to get any older. It’s been six years now.

I can’t believe how mild it is this New Year: I’ve not even bothered with a coat. Several cyclists bowl by on the other side of the path’s white line. One of them has a breathless Staffy on a lead.

I wonder if this year will be as eventful as last: our eldest left home, someone burned down the shed on our

allotment, and I found a book about wine-making in the shop and took the plunge.

I must be walking faster: I’m at the blue bridge.

The sky and the river are dark steely grey, but snowdrops gleam like tiny shields on the grassy bank between the two rivers, at the ‘Y’ by the flood barrier.

His face is quite distinctive: chiselled and triangular.

January sleet drives like an onslaught. Just as well the Council reinforced the path last autumn. I wasn’t even going to walk this way: their site said Viking monitor was reading two metres above mean summer level. Water would have cut off my route. The river speeds, brown and whorled, but the earthworks have kept the walk clear, as promised.

When the path’s flooded I have to resort to the main road. I make the same time, but I never see him there.

My wine won a prize at the local show.

I almost stop in my tracks.

Rain lashes the bedroom window. It’s nearly 9:30, but dawn hasn’t gone past dark grey. My eyes are burning. I’m almost too weak to lean across and find the number.

“Oh dear. Thanks for letting us know. Take care.”

It’s been the wettest year in a decade, the ground sodden since September. This storm’s so bad they’ve given it a name. It rages on for days. So does my fever.

I sit up in bed and scroll through the news.

The river’s breached its banks. Viking’s broken its record: nearly six metres up. Someone canoed through the top storey of the King’s Arms. The electrics of the barrier seized because water infiltrated the wheelhouse – bit of a design fault there – allowing the flood to overrun the city centre. The Army are on the streets, with sandbags and pontoons. The B.B.C. interviewed an historian from the University, who said the flooded roads used to be a fishpond in mediaeval times. Only human ingenuity defends them nowadays.

Days pass. The floods and my ’flu subside, as they must, and I’m back on my feet by the Tuesday.

Mild air greets me as I leave the house, almost as if in apology for the excesses of last week.

A tall well-built lad passes me near the Millennium Bridge: odd, his type are usually jogging, cycling, or on the

main road instead, riding a motorbike or driving a van. I smile at him.

I steel myself to pick my way over treacherous, slimy mud – the floods’ usual aftermath. But it’s not necessary: the Council have already been busy with the clean-up. The path is dry.

He’s not on the rough path to Skeldergate, or on the cobbled landing by the pubs, now both back in action after the floods.

I’ve never before not-seen him on my riverside walk in.

I’ve even given him a nickname: Tuesday Man.

He isn’t on the steep street up to the shops, past the Dungeons museum with its display of grizzled Viking fighters. Funny how we still invoke their old Gods in our weekdays’ names. And how Tew – God of war – is the one nobody remembers.

I don’t mention it at the shop.

When I walk home I face the low sun – piercing white.

The river glitters, silver and gold. Tiny translucent spears of grass poke up through new mud on the banks. I screw

my eyes: can just make out a silhouette crossing the Millennium Bridge.

As I get near, I recognise the lad from this morning.

I wonder why he’s carrying a cane.

C L SPILLARD was born just in time to endure the U.K.’s coldest-ever winter. A former physicist, she now writes science fiction, fantasy and crime. Her second novel ‘The Evening Lands’ – sequel to her debut novel ‘The Price of Time’ – will be published later this year. She lives in York, U.K. with her Russian husband, two almost-bilingual children, one allotment and nine solar panels.