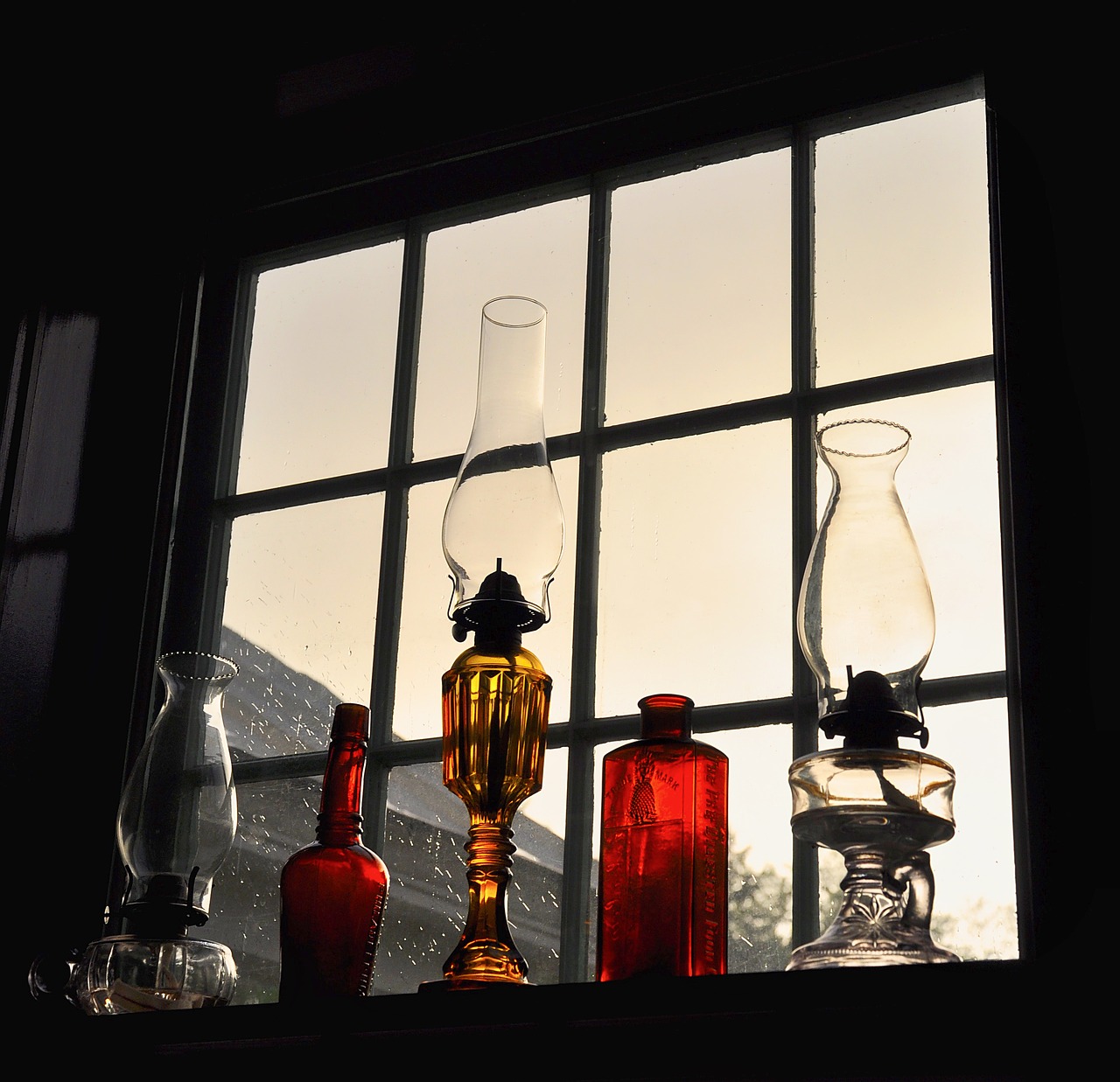 With the pint of freshly poured Wainwrights in one hand and potted plant in the other, Tom headed to the back of the bar, through the doorway into the snug. He didn’t know why they called it a snug, there was nothing snug about it. The paint on the walls had long since turned to an indistinct dull grey, the bleakness only broken by a few curled up posters advertising a darts match that had been and gone years ago. The furniture wasn’t much better, a few scattered tables sticky with generations of spilled drinks and wooden chairs darkened with age until they were almost black. There was precious little light in the room, the small high windows giving just enough illumination so that you could see in front of you in the middle of the day and didn’t trip over the frayed brown carpet. He liked it though, it matched his mood these days and more importantly, it was quiet. Nobody came here except for the quiz on Sundays. Today wasn’t Sunday.

He slumped down in his usual chair in the corner of the room, carefully placing both pint and plant pot on the table in front of him. Absently, he swept the scattered bits of soil off the table onto the floor and properly looked at the plant for the first time. It seemed a bit dried out and forlorn, though there were two purple flowers with a yellow centre which Tom supposed someone else might call pretty. After a few moments of staring intently at it he looked away, his lip curling slightly. What did he want with a plant? He’d only forget to water it, leaving it to shrivel up and wither away, much like everything else in his life. He’d told Mark as much earlier, in their session together.

‘What’re you giving me a plant for of all things? I always kill the damn things. My ex-wife would go away for the week on a conference, and when she got back her precious plants would be dead. We’d have a blazing row about it for days afterwards.’

‘Ah but the beauty of this type of plant is it hardly needs watering at all. So just take it, it will bring some colour into your life. Next week at our session, you can tell me how it’s doing.’

So that was how he came to be stuck with this stupid plant. He’d been tempted to dump it in the bin on the way here, but knowing Mark he’d ask him to bring the thing in one week, take a photo of it or something.

He took a deep drink from his pint, and sat back, slowly losing himself in the dark, swirling currents of his thoughts.

He didn’t know how long it had been, time was largely meaningless to him, but his quiet world was suddenly shattered by the hubbub of voices coming closer, and then the harsh strip light blinked on. He squinted in the glare and saw several people entering the room. He didn’t understand, it was Wednesday today, not Sunday. A woman in her late forties with short, greying hair came straight towards him. She took in the plant in front of him and smiled broadly. She thrust her hand out, forcing him to shake it.

‘Hi! You must be the guy from the website, James was it?’

‘Tom, right, sorry. Don’t know whether I’m coming or going sometimes. I’m Marie. Let me introduce you to some of the others.’ She beckoned them over. ‘Everyone, this is Tom. He’s the website enquiry I told you about. Tom this is Sheila, our social secretary, Paul our treasurer and Ana who’s our librarian.’

‘Don’t worry, we don’t expect you to remember everyone’s names. It’s not just us either, we may not be the biggest branch of the Alpine Garden Society, but there’s more of us than you’d think. Oh look, here’s some of them now.’

She went over to welcome the newcomers, and Tom was just thinking about using the reprieve to get the hell out of there when the middle aged, balding man she’d identified as Paul stepped up in front of the table.

‘Really good to meet you. I say, is that a Sisyrinchium Bellum you’ve got there?’ He didn’t wait for a response before continuing. ‘Beautiful flowers, Sisyrinchum Bellum. Blue eyed grass they call it in California, but then you probably already knew that. It’s your plant after all.’

‘I had a girlfriend with eyes that colour. She was beautiful too. Left me for her fitness instructor.’

‘Sorry to hear that,’ Tom mumbled.

Paul waved it away like it was nothing. ‘Water under the bridge, you know, it was years ago. Say, I’d better get a drink before we start. What are you drinking?’

So that was it, he was stuck in the monthly meeting of the Woodsham Alpine Garden Society. Paul came back with a pint for each of them and a packet of Nobby’s nuts which he offered round then proceeded to crunch loudly for the next few minutes.

‘Right, shall we begin?’ Marie shouted, silencing the chatter. ‘We’ve got an exciting evening ahead. As some of you know, Linda and Jim have just got back from a trip to the Pyrenees and have agreed to show us their pictures on the big screen. I’ve had a sneak preview and they’ve got some exciting plant species to tell us about. Over to you.’

With slowly dawning horror, Tom realised he was going to be in for a long night. Linda and Jim, had hundreds of photos to show off, all of a series of plants that he struggled to tell apart from each other. The only consolation was that as the ‘new member’, a succession of people kept insisting on buying his drinks. After a while, everything started to blur, but the black dog that usually stalked him when he was drinking obviously had better things to do for once, for he felt a strange, unfamiliar warm glow to proceedings.

He woke up with a groan, clutching his head. He hated having a hangover, so much so that he usually didn’t drink enough to make him suffer, but this morning he was definitely suffering. Quite why that was though, he wasn’t sure, he usually only had a couple of pints before going home and slumping in front of the TV. Then turning his head slightly, he spotted the potted plant on his bedside table, and it all came flooding back. He couldn’t help but laugh out loud, then instantly regretted it as his head started pounding. Of all the things he could have imagined himself doing yesterday, attending the monthly meeting of the Woodsham Alpine Garden Society was not one of them. What a dreadful evening! Except… it didn’t seem that dreadful at all, now he thought about it. Okay so watching hundreds of plant pictures on the big screen did get a bit samey after a while, and he didn’t get why some of the members got so excited about new seeds they’d got in their seed library, but the rest of it was alright. He’d got free booze all evening out of it, but it wasn’t just that. He had really enjoyed the company, and the feeling like he belonged (even though he clearly didn’t, what did he know about plants?).

A while later, he was up, dressed and breakfasted. He glanced up at the window. The sky outside was a deep blue, and the sun was shining in through the window, illuminating the room. Light refracted off a glass sat by the sink, sending out multi-coloured ribbons of light off the white tile walls. Sat on the windowsill where’d he left it last night was his Blue-eyed Grass. In the sunlight the colours were even more striking, the yellow centre contrasting well with the blue-purple petals, to his untrained eye at least. The plant itself did look a little dry though, so he ran the tap over it to give it some water. Some of it quickly started dripping out the bottom onto his shoes, so he rummaged in the cupboard until he found a chipped old side plate which he put underneath to catch the water. A couple of the lower leaves were a bit shrivelled up and obviously dead, so he carefully picked them off, humming to himself softly.

STEVE HAYWOOD lives in a small historic city in England. As well as writing short fiction, he blogs about short stories, novels and assorted topics at http://www.inkypages.co.uk. He can also be found on Twitter at https://twitter.com/Lancaster_Steve where he regularly tweets to share stories he likes with anyone who will listen. 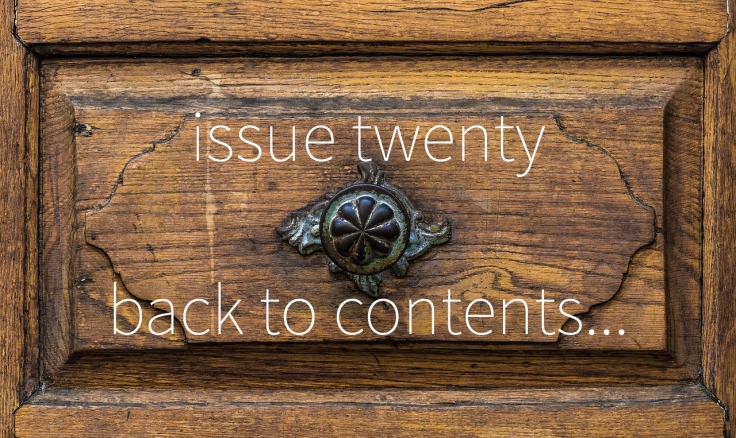 Image by Mark Martins from Pixabay