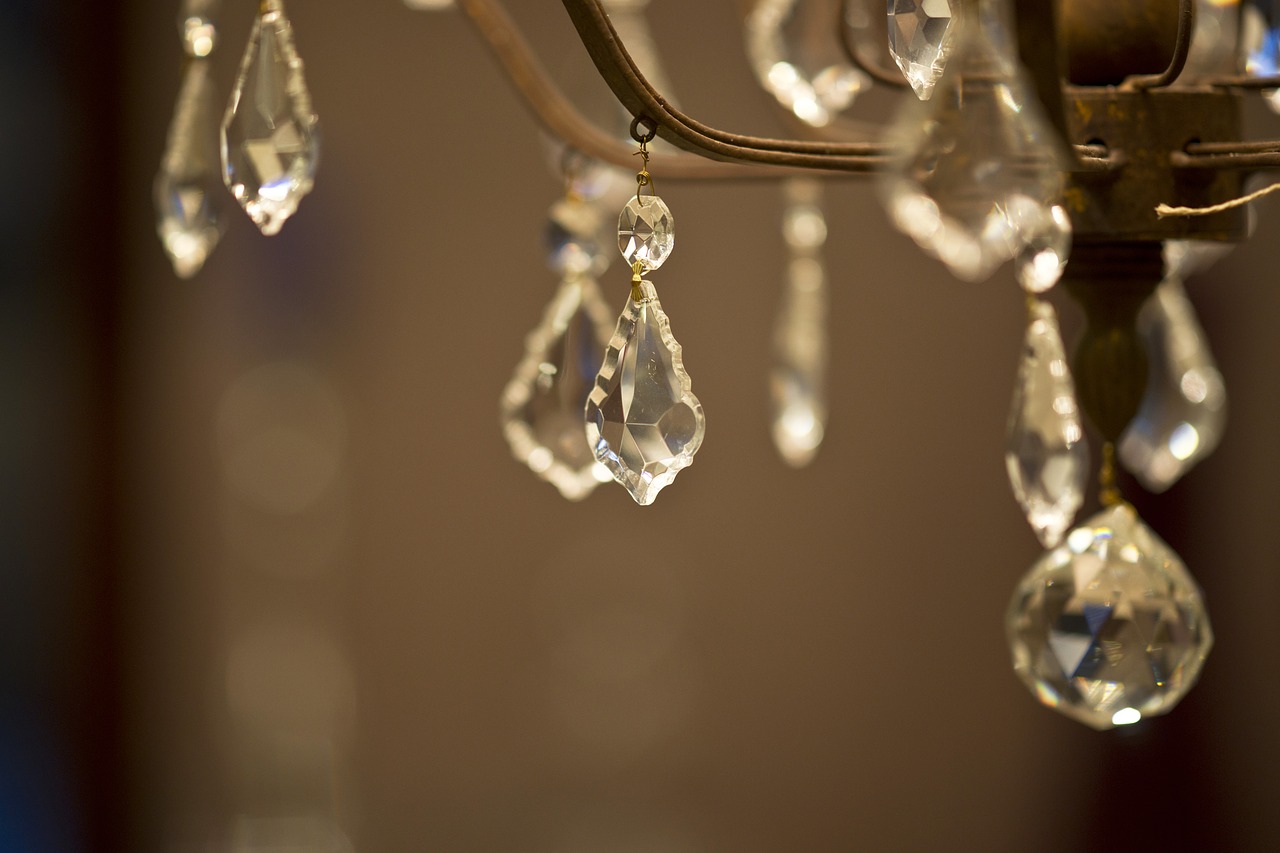 Turning the corner into Vernon Street, Daisy tastes vermillion and her unease grows. It’s been a while since Rhoda had one of her turns but then she’s just finished a commission, always a trigger. Daisy sighs. She’s an Art student herself so it’s not that she minds having an unusual mum who’s a bit batty and dresses like someone from the 1920s, it’s just the unpredictability factor.

Daisy pauses at the front door and takes a deep breath. Beneath the grey blue paint, the grain shimmers. She admires its silky taffeta appearance, will one day replicate it on her own front door, ‘Not long now!’ she thinks giddily. Living with Rhoda is taking its toll.

‘Rhoda, I’m back! ’ Daisy calls from the hallway. She squeezes her jacket onto the overflowing hooks, pausing to rest her cheek against Rhoda’s favourite, a moss green maxi coat that looks incredible against her mother’s auburn hair. Daisy’s own hair is an ordinary brown, though thick and glossy, while Rhoda’s is beginning to thin.

She bends down to unlace her boots. They’re still pinching at the bridge, which is weird because surely ‘vintage’ Docs should be worn in by now? Her mother distrusts second hand shoes, says they bring a stranger’s energy into the house that’s hard to eradicate. Claims Daisy’s been ripped off anyway, says purple Doc Martens didn’t even exist back in the day.

Daisy hates it when Rhoda bursts her bubble but has learnt to keep quiet. The consequences of shaming her mother are worse than the initial pain. Take that time Rhoda killed Goldy in an ill thought out spell. To be fair, though Rhoda had found a substitute, Daisy had spotted the change. Tired of her daughter’s protest and growing impatient at her tears, Rhoda had turned herself into a hat.

A straw boater trimmed with green ribbon was completely useless to eleven year old Daisy, who for the rest of the week had to cook her own meals and walk the four miles to and from school because Rhoda hadn’t thought to leave bus fares. A week felt like forever in a quiet house and a hat wasn’t something she could easily chat to.

Daisy’s father Robert had left them by then. And little wonder, given her mother’s outbursts and eccentricities, though the suddenness of his departure and his continuing silence, still rankles.

Daisy’s tried hard to respect his choices but this Christmas, after one too many Snowballs, she found herself asking Rhoda whether she ever missed him? Annoyed, Rhoda declared that she certainly didn’t and nor should Daisy. She went on to list Robert’s faults, including his unimaginative dress sense, complete lack of skills and general neediness.

Despite her mother’s vehemence, Daisy detected a note of regret in this tirade but was deterred from further questioning by Rhoda’s final remark that Robert smelt strongly of seaweed. This last part was true at least and suddenly reminded of his metallic, salty scent, Daisy had mourned that too. So what if Robert had dressed conventionally, couldn’t’ summon smoke or turn cupcakes into mushrooms? As far as she knew, neither could anyone else’s father.

’Mum, I’m back!’ Daisy calls again but still there’s no reply. She wiggles her bruised feet and pads into in the front room.

Light splashes through the stained glass window, flooding the carpet with colour. As a little girl she’d loved bathing in the translucent strands and relished the way they’d clothed her skin. Purple was her favourite because it made her happy and she loved the underwater feeling of emerald green. The blue was deliciously calming and made her sleepy. Orange could be sickly if you got too much of it and red made her so itchy that she’d continued to avoid it.

‘Why are you standing there, Poppet?’ Robert would ask, but such things were hard to explain and though he ruffled her hair and nodded seriously, she could tell that he didn’t understand.

By contrast, Rhoda positively encouraged unusual behaviours and signs of exuberance. She understood that Monday, a red day, was spiky and uncomfortable. She knew instinctively which fabrics Daisy would enjoy and why her daughter rejected clothes that smelt wrong when loosely crumpled.

Early on in Secondary school there’d been an embarrassing Parents’ Evening when Miss Price had openly gawped at Daisy and Rhoda’s contrasting velour capes, before suggesting that Daisy might be on the Autistic Spectrum, what with her ‘heightened sensory reactions.’ Rhoda had responded by pinching Daisy’s cheek delightedly and laughing her wild laugh, before saying,

‘You might call it that but we know different, don’t we Daisy love?’

To all future events Daisy wore her school uniform. She became a model student and avoided further incident by saying that her single parent working mother, was unable to attend. Of course, things would have been simpler if Robert had still been around. Daisy fondly remembers her father’s ordinariness, the nubbly feel of his soft worn corduroys, his wooly cardigans.

Gradually, over time, Rhoda has become more stable and there are fewer surprises. Usually when Daisy returns from college, Rhoda’s absorbed in one of her spectacular paintings. Great splashes of colour on vast canvases, she works on them late into the night. Daisy herself can only glance briefly at them before she’s affected, but Rhoda’s London dealer has no such problem and they always sell well.

As a result, Daisy has rarely gone without, though it’s true to say that Rhoda, an ardent anti-consumerist, is increasingly a hoarder not a spender. Despite her love of textiles and original design, Rhoda’s wardrobes creak with faded garments that no longer fit her and are pocked with moth holes. Like elderly recalcitrant relatives, Rhoda declares that they have earned their space and must stay.

Standing in the sitting room Daisy takes stock of the overstuffed bookcase and ancient couch spewing its innards. The place is cluttered with useless objects, like these on the mantelpiece – a pile of irregular shaped green stones, a carved elephant with a broken trunk, the sooty stump of a candle and a creamy limpet shell that, if she’s not mistaken, has recently migrated here from Rhoda’s bedside table.

A delicate thing with a tinge of softest primrose yellow, it reminds Daisy of a summer dress she once had. She picks it up tenderly, blows dust from its slim flutes and feels an intense and immediate sorrow. A tear plops onto the shell. Rubbing it in gently she feels the hairs on the back of her neck rise to attention.

She turns round slowly. To all intents and purposes the room is empty but the air crackles with electricity and little puffs of wind ruffle the curtains,

There’s no response and Daisy finds herself sighing again. Rhoda’s timing stinks as usual. Either she’s forgotten that Daisy’s having friends over from college tonight or this is a deliberate ploy because she doesn’t want others in the house.

Daisy stalks into the kitchen and makes herself a cup of tea. She fills Smokey’s empty saucer with milk and calls him. He doesn’t appear either and her irritation rises. How many times has Rhoda promised she’ll stick to inanimate objects? And what can possibly be learnt by turning a cat into a notebook or place mat anyway? Smokey will be cranky and off his food for days, no doubt emphasising his annoyance by crapping in the bath.

Daisy fishes out her teabag and throws it in the compost bin before clocking the acrid smell of singed paint from near the pantry. She scans the area for alien objects and spots a black enamel tea tray, blowsy with roses and rimmed with gold, the style of which can only be described as Flamenco Tat.

The tray shimmers. She picks it up carefully. It’s faintly warm and sticky, the enamel not quite set. Anger rises in her body. Surely Rhoda could have given Daisy a chance to talk her round? Or at least chosen colours more thoughtfully? God knows how long she’ll be in this form, leaving Daisy as usual, to field awkward questions.

‘Jesus Mum!’ she exclaims, ‘You’re an Artist! Why not choose a Faith Ringgold or a Tracey Emin? At least I’d have something decent to look at!’

Daisy slaps the tray back down and stomps back into the front room. To her relief Smokey slides in beside her. She picks him up and strokes his soft grey fur but he struggles uneasily from her arms.

Alerted, she looks around. Something in here is different but what? She turns to the mantelpiece, her skin tingling. The air around and above it is shimmering softly, creating light and shadow, a sense of movement.

The tingling continues and she finds herself picking up the limpet shell and inhaling its briny odour. Its pleated creamy surface is emitting heat and appears to be pulsing. Daisy stands stock still, blood pulsing in her head. Surely Rhoda couldn’t’t have? Wouldn’t’ have?

‘Robert,’ she whispers incredulously and the shell gives the smallest of shivers,