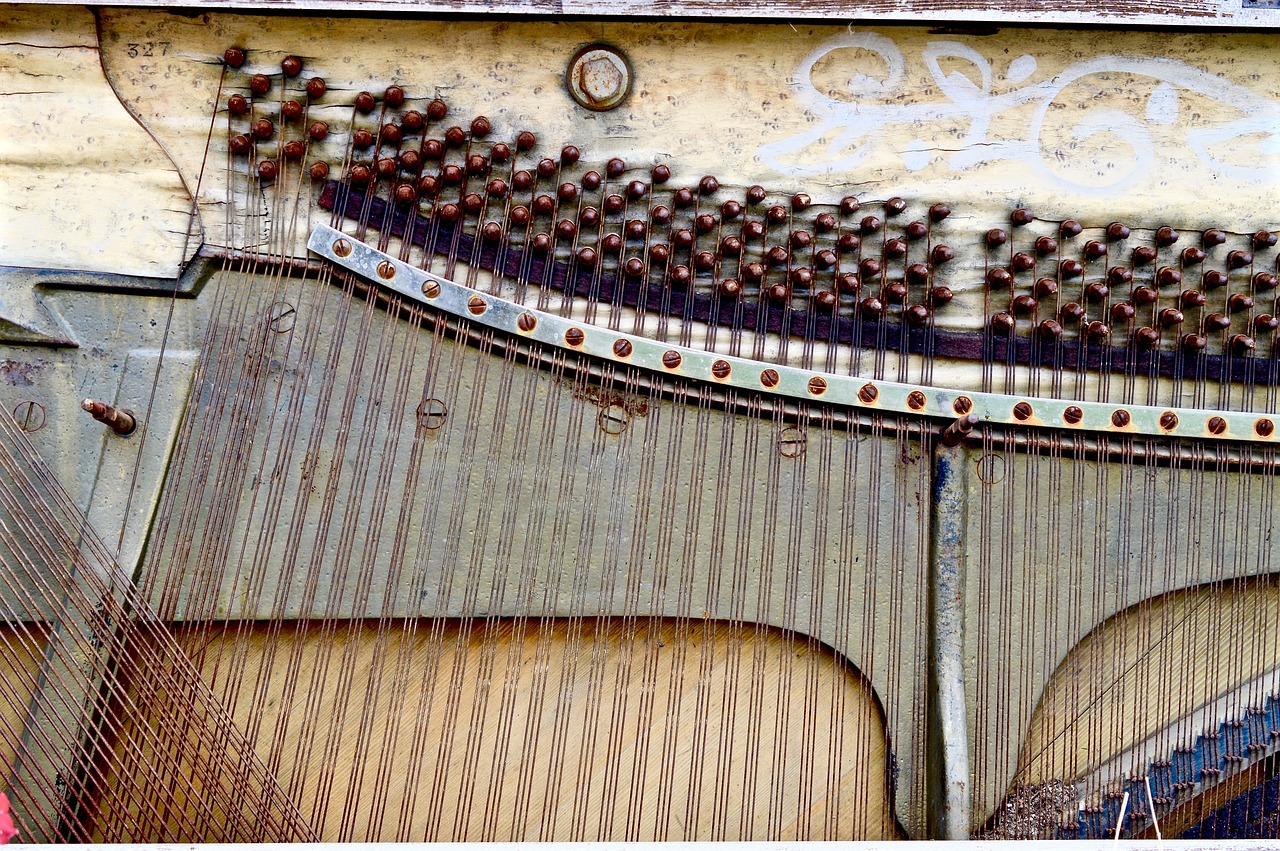 They are locked in stalemate, eyeing each other like a couple drawn together by some mysterious logic at a dance. He doesn’t trust himself to break the ice; she, the well-schooled piano, must not speak until spoken to. She stays demurely silent, burying the complex passion of which she is capable, hiding it in the stillness of ivory and wire.

He is only a boy, and she is older than she looks. He fears her, fears what she knows, what she has heard, what she has spoken under the caress of other, more skilful fingers. His hands are big and clumsy; the afternoon stretches out before him like the soft skin on a mug of hot milk. He wants to break it, break the white silence where his own reflection floats, close his eyes for ever and make her sing the black jagged music in his mind. He spreads out his fingertips, stroking the surface of her keys without depressing them, looking for a handhold, a place to start.

He dare not touch her. He is afraid he will hurt her, hurt himself. He lifts his hands, his throat constricting. He can hear it in his head, feel it like an ache, a heavy anguish in his skinny chest. He hums it under his breath but he can only make one note at a time, and there are more, many more, flocks of sound like wild birds migrating, harmonic, aerodynamic. The wings of the song beat in his brain, and the piano hears, and stays mute, waiting. The stillness thickens.

A sudden noise outside shocks them both and they come together in a dissonant clash, his hands tensing into claws on her keys. Outside beyond the window a group of children freewheel down the hill in the late afternoon sun, their bicycle bells exuberant.

Indoors, the white silence fractures into colour as the sound spins out of control, and the quiet boy forgets himself.

She vibrates inside even as the hammers fall back. He listens to the random noise as it dies slowly towards silence, feels it under his hands as his fragmented face comes back into focus. In the new stillness he smiles and spreads out his fingers.

And this time she yields to him, plays with him, croons the timid notes he tries. The slow swell begins and he moves with the current, letting the notes break over them both. The sounds roll and surge like the sea. As the sun begins to drop below the horizon his hands grow more confident, his head lifts, and something like music pulls itself together in the gathering dark.

CLARE O’BRIEN has been a schoolteacher, a journalist, PA to a professor, press officer to a politician and social media manager to a rock star. She lives in Scotland, by the sea, where she’s currently at work on her first novel, ‘Light Switch’. Her work has appeared in Mslexia, Spelk, Hedgehog Poetry, Northwords Now, Dark Marrow, Cabinet of Heed, Riggwelter, and more.