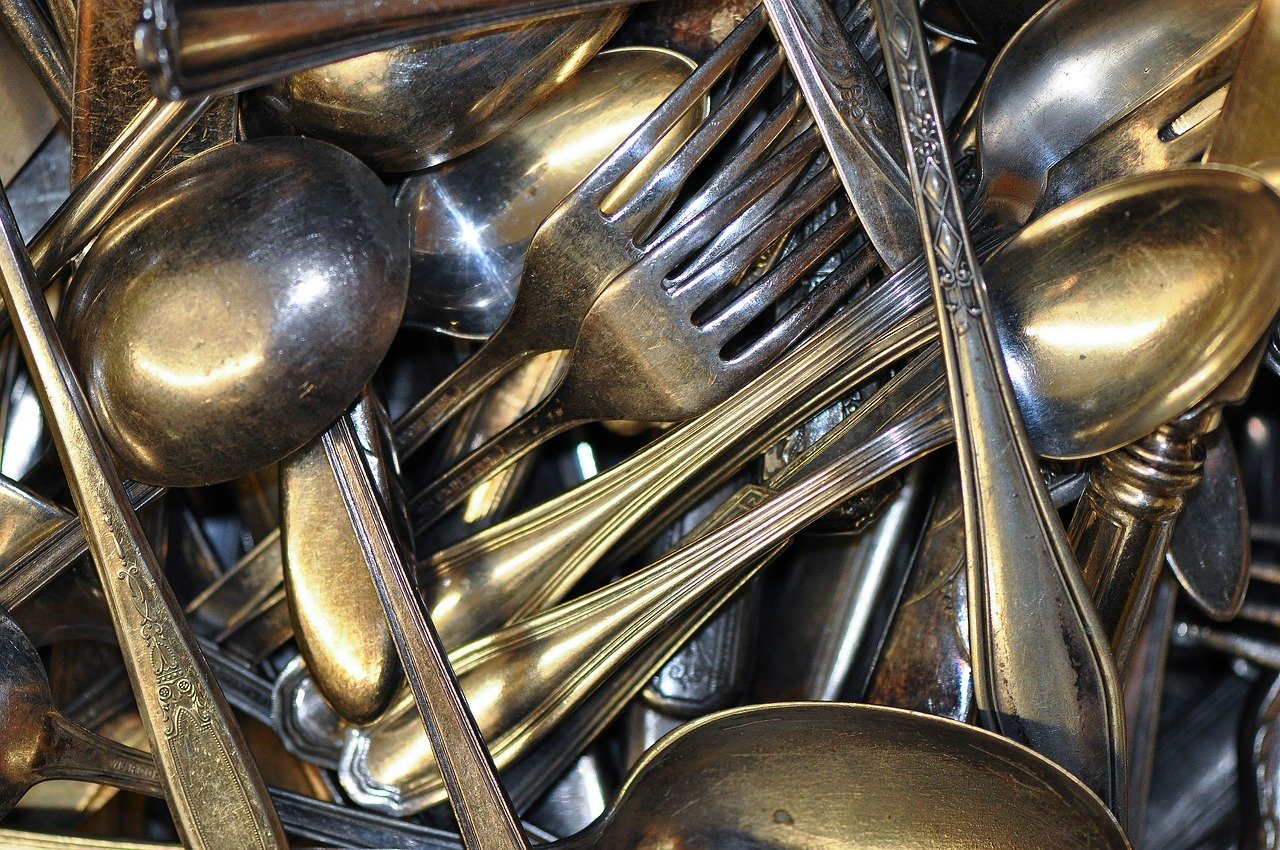 Katja rubs a finger across her lips, testing the fastness of her lipstick. She tucks her hair behind her ears and listens for the knock on the front door. The rap of knuckles on wood usually comes at exactly this time of morning, but when it does not come, she busies herself: straightening the knife and fork on the table, wiping the plate and cup she has set out, brushing the creases out of the newspaper she has placed next to the cup. She shrugs. Christian will arrive soon enough, folding the newspaper at right angles as usual, so there is no point fretting over the creases now. She stops, tilts her head towards the door. Nothing.

Just days before, Katja and Christian were discussing apartments with more intensity than usual. In the West, of course. A balcony, hopefully. Bullet holes in the façade will not bother them too much, but they definitely want a view of a park, or at the very least trees, from their living room window. Christian wants to keep his keys on a brown leather fob for which he will hammer a nail into the wall. Katja will keep hers in the zipped compartment of her handbag at all times, so she does not become one of those women who has to loiter in the hallway of her apartment building until the caretaker or her husband comes to her rescue. She wants fresh flowers on windowsills; he wants hardwood floors that shine when the sunlight hits in the early afternoon. She wants advanced Western appliances on her countertops; he wants to unbox his grandmother’s crockery, which miraculously survived the wartime bombing raids, unlike his grandmother, and fill the cupboards.

Katja opens the window, leans out, and surveys the street below. Left to right. Right to left. Children running in circles, skipping ropes and footballs. A dog cocking its leg against a lamppost. The elderly gentleman from the apartment building across the street props up his equally elderly wife as they take their early morning stroll. Katja waves at them, but they do not see her. The woman dabs a handkerchief to her eyes. The man pats her arm. Katja frowns at the unusualness of the woman’s tears: the elderly couple often exchange pleasantries with everyone they pass. Sometimes Christian crosses paths with them and they stop for a minute, ask him if he enjoys the warmer weather as much as they do.

Katja leans back, allowing her arms to hang out of the window. She closes her eye and listens to the buzz of television sets and wirelesses from the apartments above and below. Her mother likes her Sunday mornings in silence and refuses to have the radio on before ten o’clock; although her mother has gone out to visit her friend today, Katja upholds the silence, enjoys it, knows she will implement this rule in her own apartment, with her own children. They do not own a television set; her mother does not trust them. If we can see them, surely they can see us, she says. When Christian first heard this he had laughed so hard that coffee had spurted from his mouth. Television’s the future, he had said when Katja had mopped up the liquid from the table and he had wiped his face. Katja had shrugged; she was not sure if she would allow a television set in their apartment but did not want to cause a fuss by mentioning it.

Katja looks up at the clock, and sighs. Nine. Christian usually arrives at half past eight on the dot. Perhaps he woke up late or stopped by a friend’s house on the way. Perhaps his mother needed him to run an errand, to repair a shelf or a cupboard door, or his father wanted him to poke his head under the car bonnet and diagnose the trouble with his limited knowledge of mechanics, but such occurrences have never stopped him before. He likes punctuality, jots notes on the calendar so he never misses a trick, hands her Christmas presents a week early, knows coffee will be brewing and never likes the thought of precious grounds going to waste.

Katja walks over to the kitchen counter, opens the cupboard and selects a cup, and then pours herself a coffee. She will make another pot when Christian arrives. She sits down, pushes the empty plate out of the way, and pulls the newspaper towards her. She taps her finger twice on the advertisement she has circled in pencil, of course, because she always writes in pencil. Every Sunday, she lays the newspaper out before him, taps her finger on the advertisements she wants him to look at, and potters around her mother’s kitchen. Sometimes she turns, looks at him: the half-smoked cigarette hanging out of the right-hand corner of his mouth, the sunglasses he never seems to take off, how he sits like he will have to jump up and into some form of action at a moment’s notice. He has a habit of tapping out popular tunes on her mother’s dining table, and sometimes she turns it into a guessing game. Wild guesses. Singers’ names she has made up on the spot. He often stops and frowns, lying his palm flat on the well-polished surface, and she often watches the muscles in his hands clench, poised to tap more, watches his jaw set as if his entire body is behind his efforts to stop his absent-minded habit.

Katja stands up again, cup in hand, and returns to the window. A child cries over his punctured bicycle tyre. A dog barks. She notices two women, about her age, chatting on the corner. One has her fist pressed against her mouth. The other removes her apron, shakes her head, and makes towards the building across the street. Catching the arm of the crying boy on her way, she says something indecipherable in a tone that seems altogether angry and sad. Katja looks at the sky. No clouds. She hopes the weather will perform a repeat feat when she marries Christian in a few weeks’ time, but then her mother often says that rain on a wedding day does not necessarily equate to bad luck.

Katja sips her coffee, eyes still on the street below. When Christian arrives, she will suggest they go for a walk after they have eaten. She will save the newspaper, the advertisement with the double circle, until the shade of the trees. A Western apartment. Two bedrooms. A balcony. Third floor. Elevator for tired legs of an evening, and for unsure feet on Friday nights. She has a good feeling about this one. The other evening she walked along the street, and looked up at the unlit apartment. Perfect. It was quiet, so she stepped back into the middle of the road, to put the apartment into perspective. Not too far into the West. Christian would still be able to get to his parents in the East of the city, to tend to their odd-jobs, and she would still be able to visit her mother. Just around the corner from Christian’s office, and a short walk from the school where she teaches English. Near a U-bahn station, too.

A man runs up the street. Katja watches as he gets closer, watches as his features become discernible. It is not Christian. She rests her cup on the windowsill and crosses her arms. She looks left to right with that half-hearted hope one gets when waiting for something or someone to appear. She taps her fingertips on the windowpane. Perhaps Christian has been injured? Could he have been knocked over by a car, an overzealous cyclist? She smiles at the thought of Christian’s reaction upon hearing these frets. He will scold, kiss her forehead, sit down and tap out a few bars of some popular tune on the table. He will reassure her that he looks both ways before crossing the road, every time, and is agile enough to dodge bicycles at a moment’s notice. She will laugh and place her hands over his. You have stressed me out enough without that racket, she will say.

Her stomach rumbles. She considers cooking breakfast, eating alone. She could keep Christian’s food warm in the oven until he arrives, but by then the eggs might taste like rubber and the sausages might be burnt. She decides to cut herself a slice of bread. She picks up her cup, turns from the window, walks over to the kitchen. She places her cup on the side and opens the cupboard where her mother keeps the bread.

As Katja places the bread on the countertop, the front door opens. Christian does not have a key, but she wonders if he crossed paths with her mother on his way here. You’re running late, Christian, she imagines her mother saying. Not like you. Here, take my key. Let yourself in. Apologise profusely. Christian would have squeezed the key in his palm, kissed her mother’s blushing cheek, and briskly walked on. Her mother would have shaken her head and continued on her way to her friend’s house.

Katja closes the cupboard door, turns and folds her arms. The shriek of feet on linoleum makes her smile; she knows Christian will be wiping sweat from his face when she finally sets eyes on him. She awaits fragments of sentences: car wouldn’t start; dad stressing himself out; cupboard door’s hinges bust; mum faffing; dropped screws; bicycle nearly knocked me over; your mother scolding me; dropped key narrowly missed drain; here now; hello and sorry. But it is her mother who appears in the doorway, breath laboured and cheeks flushed.

Katja frowns as her mother comes towards her. She observes the tremor in her mother’s hand and wonders if she has had a fall or been struck by an object on her wanderings. Katja tilts her head, briefly examines her mother’s face for signs of blood or bruising, but her mother’s skin appears unblemished.

‘What do you mean? Barbed wire everywhere?’

‘Katja, they’re building a wall. Christian won’t be able to get here.’

Katja watches her mother retrieve a handkerchief from the pocket of her dress, wipe her eyes, scrunch the cotton between her fists.

‘But he only lives fifteen minutes away. What do you mean he won’t be able to get here?’ Katja asks.

Her mother raises her hands in frustration before moving to the opposite corner of the room. She turns the dial on the wireless, wipes her eyes again, and looks at Katja. Katja moves closer, listens to the words the newsreader says. Border closed. Barbed wire. Divided city.

Katja shakes her head, reaches for the newspaper on the dining table. She traces her index finger around the apartment advertisement. The ink smudges. Her pencilled circle fades. She stops, presses her finger against the newspaper until her skin turns white. Her mother grabs her hand.

Emma Venables’ short fiction has recently featured in Mslexia, The Nottingham Review and The Copperfield Review . Her first novel, The Duties of Women, will be published by Stirling Publishing in 2020. She can be found on Twitter: @EmmaMVenables.