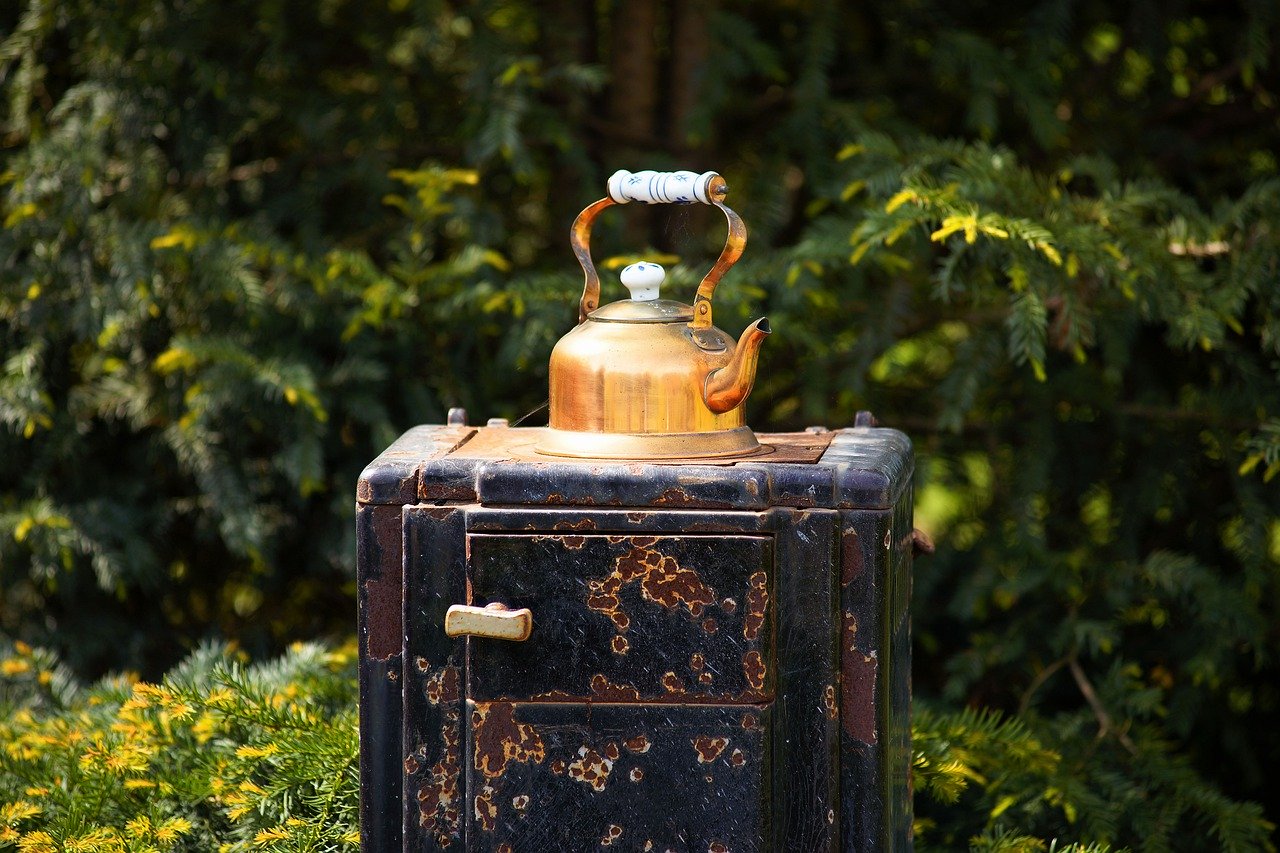 “So, is it true they torture you for energy?” Susan asked point-blank. Her green turtleneck complimented the shade of her lipstick and her dangling earrings.

The mashed potatoes hadn’t made it all the way around the table before my family started in on me about my new job. I should have expected it. My employers were all over the news, the debate over working in PHS is mired in political and spiritual stigma, and there has been both enthusiastic support and moral outrage over the decision to open the flagship factory here in Middleton.

I’d hoped to avoid the topic entirely, which I suppose was naive. At an Emmett family gathering, any weakness draws out the wolves.

I held my wine glass in front of me and swung my jaw in small, deliberate circles, slowly chewing cud, absorbing my mother’s dry turkey, while I sized up Susan.

“It’s not torture,” I said once the clink of silverware on good china had quieted. “It’s science.”

She pounced like a desert predator. “Some of the worst torture in history was conducted in the name of science.”

“What’s all this?” my mother asked as if the story hadn’t been on the news every night for the past six months. The company brought 8,500 jobs to a former coal-mining town, a place where people were hungry for a new start.

“It’s just a job,” I returned, trying to sound nonchalant. “I punch in, provide a service, collect my pay, and go home.”

“Yeah, but what do you actually do?” Susan had been the brainy, driven one of we three kids. This interrogation was motivated as much by a desire to retain her status as any concern for my well-being. She was speaking on her own behalf, but her blunt aggression also represented the table’s curiosity.

“I keep a roof over my head, Susan,” I said. I’m sure the rest of the assembled family could feel the temperature rising at the table. Paul, my kid brother, sank into his seat. Grandma Josephine continually lifted steady forkfuls of assorted mush toward her denture-filled gullet. My father watched with detached interest. “I make more in a three-hour shift than I made working full-time at the old facility.”

“Because that’s all they can legally allow you to work!” Susan nearly yelled. “I can’t believe you actually sound grateful for the opportunity to get tortured for three hours a day.”

At the mention of money, my mother finally came to my defense. “I’ve heard all sorts of industries are starting to use the PHS batteries to fuel their automation. The meatpacking plant. The plastic plant. The sewage treatment facility.”

Susan scoffed. Now we were entering literal dark waters. “The sewage treatment facility? You mean the one that’s still dumping into Lake Douglas?”

“Oh Susan,” my dad finally breathed from under his bushy mustache. He returned his attention to his plate, leaning in and pressing his gut against the table.

“I’m just showing an interest,” Susan said, spreading her hands wide. A glob of bean loaf she had prepared and was consuming unaided fell from the fork still positioned in her hand. “This has been a big deal in our town. We have a man on the inside! People are saying it’s torture, saying this company figured out a way to harvest energy produced by pain and turn it into electricity. So what’s the scoop? What are they doing to you in that place?”

I adjusted myself uneasily. My hips ached, and my fingertips tingled with increased sensitivity brought on by the treatments, but the real discomfort came mostly from good old fashion lack-of-approval.

“We show up for our shifts,” I began, hoping she would let it go. I wanted to give her a soft approximation of the process, but the fierce look on her face, and that of interest on my mother’s, told me I was locked in. “They wash us, give us an I.V. and a temporary catheter.”

“So, they don’t have to pay you for bathroom breaks or meals?” Suddenly Paul wanted to be part of the family. I gave him a look that was the emotional equivalent of knuckle sandwiches I used to serve up as we played in the backyard.

“We lay on a table,” I continued, struggling with this part, “and they give us Wand treatments. That’s it. You’ve read about it, I’m sure.”

My mother shuddered and looked to my dad, non-verbally suggesting he put an end to this. His eyes were steel. The man had been the foreman at the packaging plant until the facility was shut down, replaced by an automated factory in the city. Rather than go back to square-one and reenter the job market, my father had taken early retirement. His pension had been cut almost in half.

“You just lay on a table?” he finally remarked.

“The Wand emits intense ultraviolet pulses, like a laser that stimulates the nerves. There are loud pops and, I don’t know, it feels like…”

“What?” Paul was hungry for apt descriptors.

“Yeah, we’ve all seen the PR stories about how safe and effective it is. What is The Wand actually like?” Susan was legitimately, morbidly interested in this. “What does it actually do?”

“It’s like getting punched by a thousand tiny, well-trained ninjas or something,” my attempt to downplay the brutal, invasive nature of the procedure was met with a tone of repelled pity.

I continued before anyone could probe further. “They concentrate on different parts of the body during each treatment so as to, you know, not damage anything. You just bite down on the bit and stare up at the hood.”

“That’s it?” My father was still searching for something.

“I mean, no,” I said, scrambling. “We surrender to the process. They tell us not to hold back, like, in feeling the sensations. Then there’s this hood, like the one over the stove.”

I accompanied this detail with a spared look to my mother, making sure she was still engaged before I continued. “The hood absorbs our vibrating energy, converts it, and stores it in the batteries.”

“But your job in all this is to lay there and scream?” Susan smiled.

“They don’t like us to scream,” I said, eyes downcast. “It’s bad for morale and it makes the energy less concentrated.”

“So you just lay there?” my father repeated through obvious disappointment.

“Okay, look,” I knew I was going to give Susan what she wanted, but I couldn’t lose face in front of my father. He had worked so hard. He looked at the world, and our purpose in it, in a certain way. Good, honest labor was an important part of his worldview. “It hurts really bad. It’s excruciating.”

The table was silent.

“But this is renewing the legitimacy, the importance of individuals in the workplace,” I addressed my father directly. “All the automated machines replacing hard-working people like us, they suck up a lot of energy. Natural resources are at critically low levels. Solar power can’t keep up. This is important. The pain I go through, what I endure, what I contribute, is keeping the economy afloat. We’re the new backbone of the heartland.”

“Jesus,” Paul murmured. “You sound like you’ve been brainwashed.”

I banged my fist on the table and everyone leaned back in a move of collective submission.

Gathering myself, I took a breath and tried to rebound.

“The technology is amazingly innovative. It’s melding science with new-age philosophy. It’s based on the idea that individual human beings are, themselves, an energy field, capable of producing and releasing their own electricity. It’s true. It’s the energy that, you know, hippy-dippy people see when they talk about auras and junk.”

“Or halos,” my mother piped up, trying to help.

“Yeah, right,” I agreed, feeling less-than supported. “Only the PHS technicians have found that our bodies produce much more measurable energy when we are experiencing trauma.”

“So pain is more profitable than happiness?” Susan snapped, attempting to deal the finishing blow. Quiet seared our gathering like molten metal. The only sound was the slap of Grandma Josephine’s gums.

“Pain more profitable than happiness?” my father pushed himself away from the table, taking command of the room. He spoke quietly but firmly. “Hasn’t that always been the case?”

He stared at Susan until she averted her eyes, then he turned to me and gave me a curt nod. I smiled.

I searched for the right words.“Maybe it’s not the best job in the world, but…”

“Well, good for you,” my mother smiled in relieved approval and lifted her glass.

We followed suit and made a toast. Even Susan conceded.

“And after all,” my mother said, dabbing the wine from her lips with a cloth napkin. “You probably still have time for other things if you’re only working three-hour shifts.”

“Well,” I shrugged. I have always been unable to quit while I was ahead. “I mean, I still work 40 hours a week.”

Everyone stared at me, trying to process the gravity of my statement. Even my father didn’t seem to know whether to be proud or concerned.

“What?” I said happily. I shrugged, feeling as if I had found my place in the world, a place where I could finally feel useful and unique. “A guy’s gotta pay the bills.”

Scott Bryan publishes the online novel/zine Get It Away From Me and penned the screenplay for the feature film Drunk. His fiction has appeared in Soda Killers Magazine, Coffin Bell Literary Journal, Variety Pack, X-R-A-Y Literary Magazine, and Trampset.