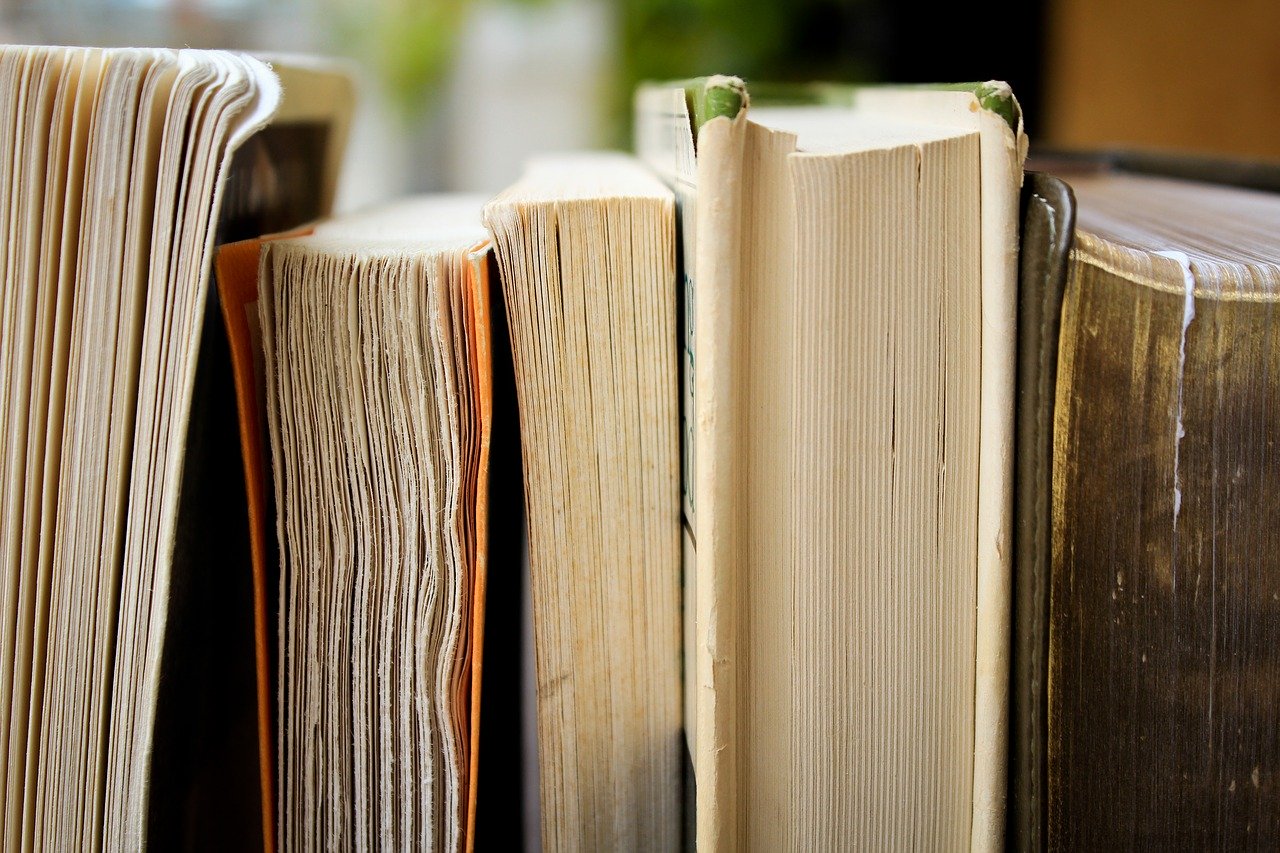 When the flagstones began curling at the corners and twilight dissolved into blankness, the ligaments serving my bones snapped all at once. I couldn’t walk another step, couldn’t even stand. I sank down on a familiar step and wrapped my arms around my leather satchel—my eternal companion before the proliferation of laptops—that brimmed with recalled library books. My eyes screwed closed. I was barely aware of the woman who stopped to ask if I needed help. Satisfied with a headshake, she left me heaped in that pose of anguished and baffled desolation.

Inside or outside my skull, the campus proceeded to disintegrate, and I hunched against the stout wooden doors of Bennett Hall. If I’d pushed my way through, I could have huddled in the corner of a classroom or mounted the stairs to my old grad-student cubicle.

While I sat, the crick-crack of shattered masonry turned into a downflow of matter that bathed my spine in the day’s retained warmth. I rocked back and forth with eyes closed and arms wrapped tight around my bulky satchel and focused on what used to be. I hastily erected mental scaffolding on the façade, which I knew existed the day before, with axioms of architecture: keystone, quoin, pediment, cornice, buttresses. To believe that the laws of physics go rogue in one’s presence is a symptom of mania, I suppose, but a panic attack is exactly that, a mania contained by human skin.

The worst of the chaos bayed by a returning self-possession, my ligaments reattached to muscles and muscles to bone, and I squinted through half-mast eyes at the devastations I’d wrought. Catty-corner to a dim street light, I saw that the one-way traffic of Walnut Street had bifurcated like the opening wings of a massive dragonfly—only the long wings were molten blisters of glass veined in exhaust fumes.

I lingered in the murk of confusion while trees as venerable as Ben Franklin rose above the traffic, etiolated, and flinging out twigs and leaves to taunt the peregrine falcons deployed in harassing city pigeons. I recalled Loren Eisley, formerly a Ben Franklin Chair at Penn, who grieved for a sick pigeon and how impossible he found it to walk a city street without experiencing profound pity for its living things. Was I a sick pigeon harassed by invisible raptors, with only one woman stopping by to offer up the milk of human pity?

My eyes opened fully. This joint failure of architecture and nerve is become the thesis for an autobiographical snippet of personality collapse, the flapping page of a penny-dreadful left out in a gale. It must have been autumn, the falling time. I’d been headed for the Rare Book Room or the Furness Shakespeare Library—I’d forgotten which—in the vastness of Van Pelt Library. Abruptly, I blundered through the dragonfly wing of traffic. Safely across that diaphanous blur, I set eyes on the split-button sculpture at the foot of the steps, the metaphor of a cracked ambition.

On my shoulder rode the satchel, the capstan mooring me to that ambition, a gift to self for graduate school, always heavy then with massive anthologies, snippets of literature across the ages, multiple paper-chains of descent, pastiche, and innovation. How much writing has been inked, how much writing about writing, how much teaching has been required to understand writing and the printed idiosyncrasies and errors of our manifold cultural heritages?

Around that time, I’d been researching, composing, and publishing chapters and articles that required the framework of history or one or another voguish theoretical discourse. This arcana, along with research texts embodied in microfilm and ancient chronicle, had to be cut and pasted into cogent explication. These fabrications of thesis, paragraph, footnote, ambition, and mimicry were the buttons by which I anticipated fastening about me the whole-cloth robe of future tenure. It was a struggle and sometimes I preferred watching classic movies on TV.

I’d anchored myself by literature’s paper-chains to a career proving as evanescent as a zeitgeist, but on that particular fall evening the library’s concrete columns remained solidly in place with windows glued to their frames. The thousands upon thousands of books inside had expanded in width with every reading until they’d filled the empty gaps between the stacks, which kept the walls from tumbling inward and floors from rising and dropping like antic elevators. When the metaphysics upholding our institutions collapses for good, those books will feed generations of beetles.

Up the steps—I never counted them—I offloaded the recalled books before dipping my visiting scholar’s card into the gate device. Though anxious about elevators in free-fall, I entered one that opened its door to me unbidden. I leant against the back panel to watch students enter and leave as lit numbers rose and fell, fell and rose. Finally, I remember to push the button for the hallowed sixth floor, where I debarked alone. I lingered by a glass-covered display of illustrated bibles that neatly relegated chaos to mysteries and marginalia.

My satchel in a locker, my notebook and pencil in hand, I signed into the Rare Book reading room and waited for the librarian to collect my requisitioned volumes while I gathered foam wedges and weighted pillows designed to minimize the wear on flaking covers and fragile paper.

Since I was last there, much has transpired architecturally and organically beyond those high windows. Buildings subject to collapse are renovated and re-named, revised mission statements issued, new faculty tenured, and old ambitions retired.

Sometimes, I’d believed I was anchored in place forever by the truth of this book or that, even by a single sentence or sentiment, but unlike books it seems that life keeps trying to get the answer right.