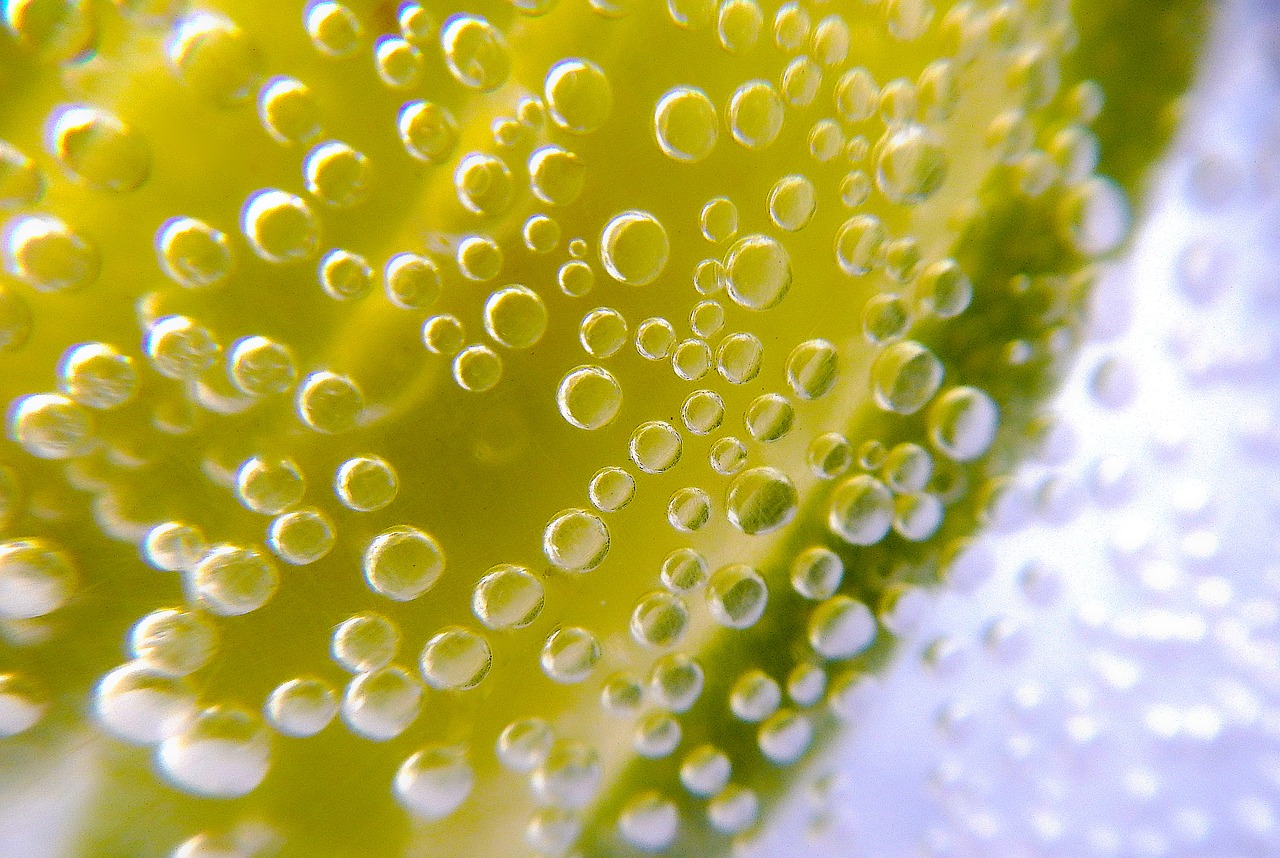 Your gaze settles on Tupac, stark against the back wall.

That you would even find yourself in a place like this. Small and cramped, too many tables all squashed into a space little bigger than your bedroom, hardly room to move without banging into someone else. How is anyone supposed to sit here in comfort when the next table is right there? Claustrophobic even half-empty, making your skin itch.

It was her suggestion, this place. Said with just the slightest edge, you’ll love it there, her voice gone all nasally.

God but you hate when her voice does that.

She knew exactly what she was doing bringing you here. The urge to curse lies heavy on your tongue. You swallow it down and inhale, let the breath out slowly through your nose, fight the pounding of your heart. Cursing her would only make her worse.

“Well?” she demands in that tone, one eyebrow quirked, and your fingers drum against the edge of the table to keep you from plugging your ears. Bad enough sitting here but having to listen to her—

“Well what?” You’re not sure why you’re even feigning ignorance. You know what she’s talking about and you have nothing to feel guilty over. But there’s an odd pleasure in it, in pretending for a few minutes. A vindictiveness that eases the tightness in your chest.

Let her think what she will.

“Aren’t you going to answer me?”

You snort and turn it into a coughing fit, gasp for breath and it eases some of that tightness. The man at the next table, some student of some description, moves away and the extra space makes it easier to sit up. You’re tempted to tell him it’s not the flu, just the cigarettes you smoked last night, but then he might come back closer.

You sip your 7Up to clear your throat. Probably not the best choice, but you doubt if they serve tea in here. You could have asked for a glass of wine even though it’s not long after noon, but you have too much respect for your liver to put it through that after last night’s gin.

God but what possessed you to drink gin? Even now the room is spinning if you move too quick though that might be the lack of air with so many bodies in so small a space. Too many people. What are they all doing out at this time of day? Surely they’re not all getting a talking to?

Damn bloody gin. You should have just gone for the rum.

Will you tell her that? Tell her that the gin was a mistake and rum would have been more sensible? You can just imagine her reaction. That nasally voice and the white of her eyes and “Sensible? Sensible! After what you did last night?” Shrill like a harpy, creating a scene. Maybe she’d get you both thrown out. Then you could go and die in a ditch like your bones demand.

Making a mockery of your situation, that painting of Tupac on the wall. Not just him, everything. The big hanging bulbs too bright, the strung little fairy lights. Who has fairy lights up in fucking February anyway? No one in their right mind, that’s who. Too miserable of a month for such things, wet and cold and threatening snow. One afternoon of bright, cool sunshine, just to trick you into thinking it’s April. What gave it the right to play with your feelings like that?

She sighs and you squeeze your lips tight, dare her to speak.

Christ but she fairly sprung at you this morning. In your face, all high and mighty, nails out, asking where you’d been and who with. She already knew, she just wanted you to say it, so she could be all righteous.

Did she rake your cheek with those talons? If it were a film she would have, great drama. She loves drama, it would suit her.

Part of you wishes she had.

A policy of saying as little as possible is clearly the best way forward. You never did figure out the nature of your association beyond a strong maybe. Not your fault if she wanted to pretend at more than that. Not as if you’re married. Doesn’t she know a body’s got needs?

True you never would have considered before last night how far those needs would stretch, but she doesn’t need to know that.

“I’d prefer to save my voice.” You try to sound dignified in spite of the itch in the back of your throat.

She snorts, and you glance at her, just for a second before you look away. Best not to look too long in case you have to answer, so you look down to your hand instead, still resting on the table beside the 7Up and the remains of your greasy chips. It might be a decent place to eat, if the chips weren’t so greasy.

Whoever decided grease was the cure to a hangover ought to be shot.

Last time you were out, a single croissant was all you could stomach the morning after. And you hadn’t even had that much. A couple of shots and one daiquiri and two pints. Though the Jägerbomb was probably a bad idea, and you suspect that’s what did the damage. Your insides feel less like paint stripper today.

Could be worse, you suppose. You still have some cash in your wallet this time. Going to the bank when you can feel your skin crawling is not something you’d recommend anyone do. Not even her.

Shit but you could do with another smoke. Would she leave you be, if you went out and bought a box? Or would she try to follow? Probably follow you like a shadow all the way to the shop. Maybe someone would think she’s your stalker and call the Gards. Could save you a good deal of trouble.

Ugh but then there’d be an investigation. A whole bloody hassle.

Your cheek itches and you scratch it, the stubble sandpaper beneath your nail. You forgot to shave this morning, but it hardly matters when you half feel like death anyway.

Tomorrow. Tomorrow will start off better. With a shave.

She sits back and tilts her head, folds her arms. Waiting, watching. Giving you space. Ah, so she has decided patience is a virtue. You’d wondered if it would occur to her sometime this year.

Maybe you should tell her. Should tell her, just to see what she thinks. There was a time the two of you could laugh over such a thing. It would be nice if she could laugh now, just a little one. Just to prove that she still can. You doubt if she would laugh now, but maybe telling her would drive her away and you could have a little peace. Could go for a sleep right here in this chair. Someone would probably think you’d died.

Mightn’t be the worst thing.

Getting buried alive sounds tempting with what you’ve been through.

A flash of last night before your eyes. Cigarette smoke curling to the sky, grey against the glowing orange streetlights. The drizzle damp on your skin. That laugh gentle in your ear, curve of a smiling mouth, warm breath tickling your neck. Those blue eyes, mildly amused, skin soft beneath your fingertips.

It was a good night, one of the best, even if it has brought you here.

“What was his name?” her voice is faint, and your fingers twitch on the table. You clench them tight.

The name is heavy on the back of your tongue, but you swallow it down.

“It hardly matters.” And your voice is just a little rough, but that would be the sore throat. Or the lack of sleep. Or the smoking. Any of them, all of them, and nothing else.

“It does matter.” Her words are so low you can hardly hear them.

The echoed murmur of his voice in your ear, I’ll unzip it, a beat, your breath, Grand.

Such a simple word.

You said that about her too, once.

And you see, for the first time, how the light here brings out the red in her hair. Maybe that’s why they have the fairy lights, for these little things. The thought is incongruous, but still your eyes linger on the red, the tones of it, deep in the mahogany. Her hair has always reminded you of mahogany, ridiculous as it sounds. Not brown, not black, somewhere in between. Something more.

Why would she ever come to a dump like this?

You open your mouth for to ask her, for to say it. To say the name, to tell her of him, but you swallow. And the name won’t come now, though it was there a few moments ago. All that comes is the appellation that you stuck to him when you couldn’t stand the sight of him, before—

If he came in now, you’re still not sure you could stand the sight of him. And somehow, to draw attention to that name feels like letting her win.

You sip the 7Up and it’s cold in your mouth. Cold, when his breath was warm, his tongue—

Christ but what you wouldn’t give for a chess board now. Something to do with your hands. Pieces to fiddle with, a pawn to move, just a little closer to her. Just to provoke her into doing something other than sitting there looking at you like that, as if she were disappointed. What right has she to be disappointed? Maybe if you were something more, but you’re not and she knows that.

You could have handled it if she’d hit you.

Violence has never been in her nature and you know that, you know it, knew it even as you tried to make her. Just to feel her fist connect with your cheekbone, solid and real, the crack of it, your head knocked back.

Was what why you did it? To see if you could?

Likely it was only the gin, clouding your senses. There isn’t one redeeming factor in that drink.

“I think you know who it was.” And your voice is little more than a whisper as your eyes meet hers.

You’re not sure when you last saw her so pale. Her face stiffens.

She makes a noncommittal noise, her mouth twisted wry. “Better than wondering, I suppose.”

She supposes. It’s not often she supposes. You always like it when she does, and something inside you softens, slips.

When did you come to hate her? Or is hate too strong of a word? Is there any word that fits?

The table smooth beneath your fingers. “Well, it was him, so you know.”

Him, and how you kissed him beneath the lights. How you cupped his cheek and stroked that curl of hair away from his ear and kissed him, and when he backed you into the wall and went to his knees, you knew you would not regret it.

You still don’t regret it. Maybe you never will. What would the use be in regretting it? It’s in the past, and that’s that. Time to draw a line under the night and move on.

She nods as if she agrees, as if she hears your thoughts. “So what now?”

Your eyes meet Tupac’s on the back wall, knowing and still. Waiting, as much as she is, for your answer.

S M Colgan (she/her) is a bi writer living somewhere in Ireland. Her work focuses on emotion, history, sexuality, and relationships, romantic and otherwise. She writes to understand people who are and have been, and to ease the yearning in her heart. Her most recent prose pieces have been published with October HIll Magazine and The Lumiere Review. Twitter: @burnpyregorse.