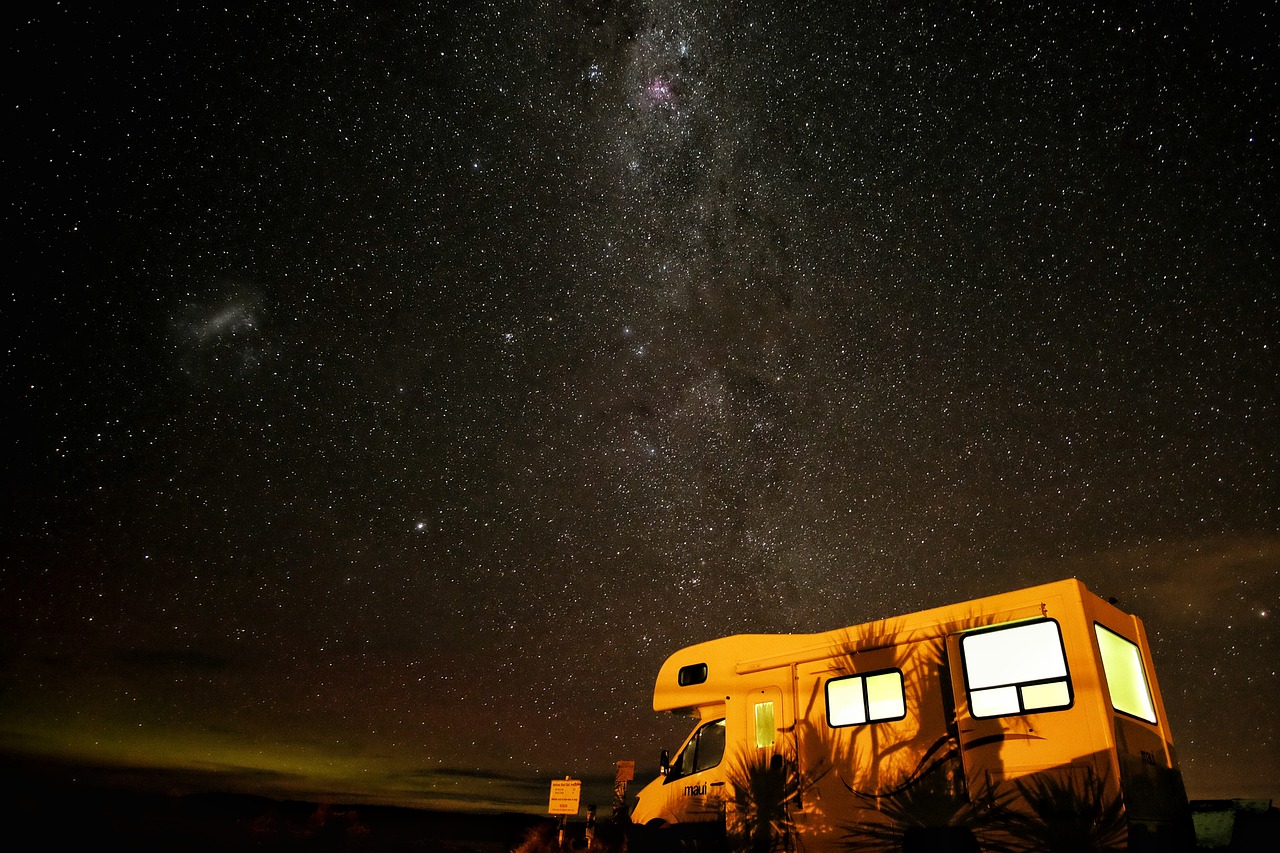 Packing the camper in the relentless Florida heat, you finally admit it: You’re a climate refugee.

Driving north, you try to avoid the congested highways. But the backroads are worse; one in Georgia moves just 10 miles in three days. Gas is harder to find. So you stick to I-95, drive as far as you can each day, pull off, let the kids run loose, search for supplies.

You avoid talking to others; after Savannah, you don’t trust anyone. You shouldn’t have invited that guy and his kid into the camper. They stole your wallet, a bottle of whiskey, Jacob’s cell phone, and Josh’s meds.

You couldn’t stay in Florida: Amy died in June after beating the doctors’ odds for two years, then Hurricanes Roland and Tyler hit in July, and the temperature soared to record highs in August.

The news says thousands have died from the heat in the past few weeks.

“Where are we going, dad?” the kids ask every day.

“Why Maine?” they want to know. “Who do we know in Maine? Why couldn’t we stay home?”

They stop asking when they realize you have no plan.

You vaguely remember vacations in Maine—a month at Sebago Lake every summer from when you were three until you turned nine. Then your dad left, you moved to Florida, and a succession of stepfathers and “uncles” passed through.

Must have cousins up north, but you’ve never been in touch.

In northern Virginia, the locals’ attitudes harden. Gas stations charge you $10 more per gallon than they do locals, and they demand cash, before you pump. Men with long guns guard shops and lonely intersections.

Outside Richmond, you witness a fight…more like a beating.

“Hey! You with the Braves hat,” yells a guy in a camo shirt toting an AK-47. A kid scurries toward a van with Georgia plates.

“Stop! Now! I’ll shoot!” the guy shouts, gun to his shoulder, freezing everyone in the parking lot.

The kid’s father comes out with his hands raised, palms out, saying, “Whoa, whoa, whoa…what’s going on?”

The son pulls a Three Musketeers bar from his jacket, hands it to his father, who walks it to the gunman.

The dad barely gets the words “don’t be crazy” from his mouth when the butt of the rifle strikes his head, dropping him to his knees.

You back away as two others in camo trot over. One kicks the downed man in his side, then again.

Later, camped by the James River, Jacob asks why you didn’t help.

You say there was no helping him against the guns. He starts to say more, but you cut him off. “The kid shouldn’t of stolen that candy bar. End of conversation.”

All night, you toss and turn.

The three days it takes to maneuver the DC-to-Baltimore corridor scare you. Vehicles and pedestrians pack the roads. People bang on your windows and ask for food, money, anything. Thank god you secured 30 extra gallons of gasoline.

Near Wilmington, you detour northwest to avoid Philadelphia and New York City.

You camp at a small lake in a park in upstate New York. The air is fresh, the quiet soothing, the kids laughter a balm. The heat feels like a normal summer day, not the suffocation you fled.

Josh is taking a sunfish off the hook to throw back in the lake when a sheriff’s car pulls up, lights flashing. Two deputies step out.

“You can’t stay here,” one says from behind aviator sunglasses, looking at your Florida plates.

The two exchange a glance and begin to move toward you.

The deputies stop, look to Jacob. “He have a fishing license?”

“How about we just leave, like you said,” you ask quietly.

The big one nods. You call the boys, dismantle camp, and watch the deputies in the rear view. They follow you for miles.

It’s late October when you cross the New Hampshire-Maine border.

You drive through Porter, Keezar Falls, and Cornish. Autumn blazes. You stop at a familiar-looking restaurant. You tell the waitress your story. When she brings the burgers, she has the owner in tow, a white-haired man whose nose takes a sharp hook to the left, just like yours.

He shakes your hand, sits down beside you.

Over lunch, you tell the old man you need a place to settle.

“A lot of folks been coming through,” he says. “Some say it’s gonna get worse in the spring. I could use another body around here. Can you handle a weapon? Any concerns about firing it?”

“None at all,” you reply, and ask for another piece of pie.

Tom Walsh is a writer and editor living in northern California. He has been a newspaper reporter, editor, and wildland firefighter, and has lived throughout the US, in England, New Zealand,and Bolivia. His most recent essays and flash fiction are online or upcoming at the Dark Mountain Project, Litro, Hobart, and The Dead Mule School of Southern Literature.