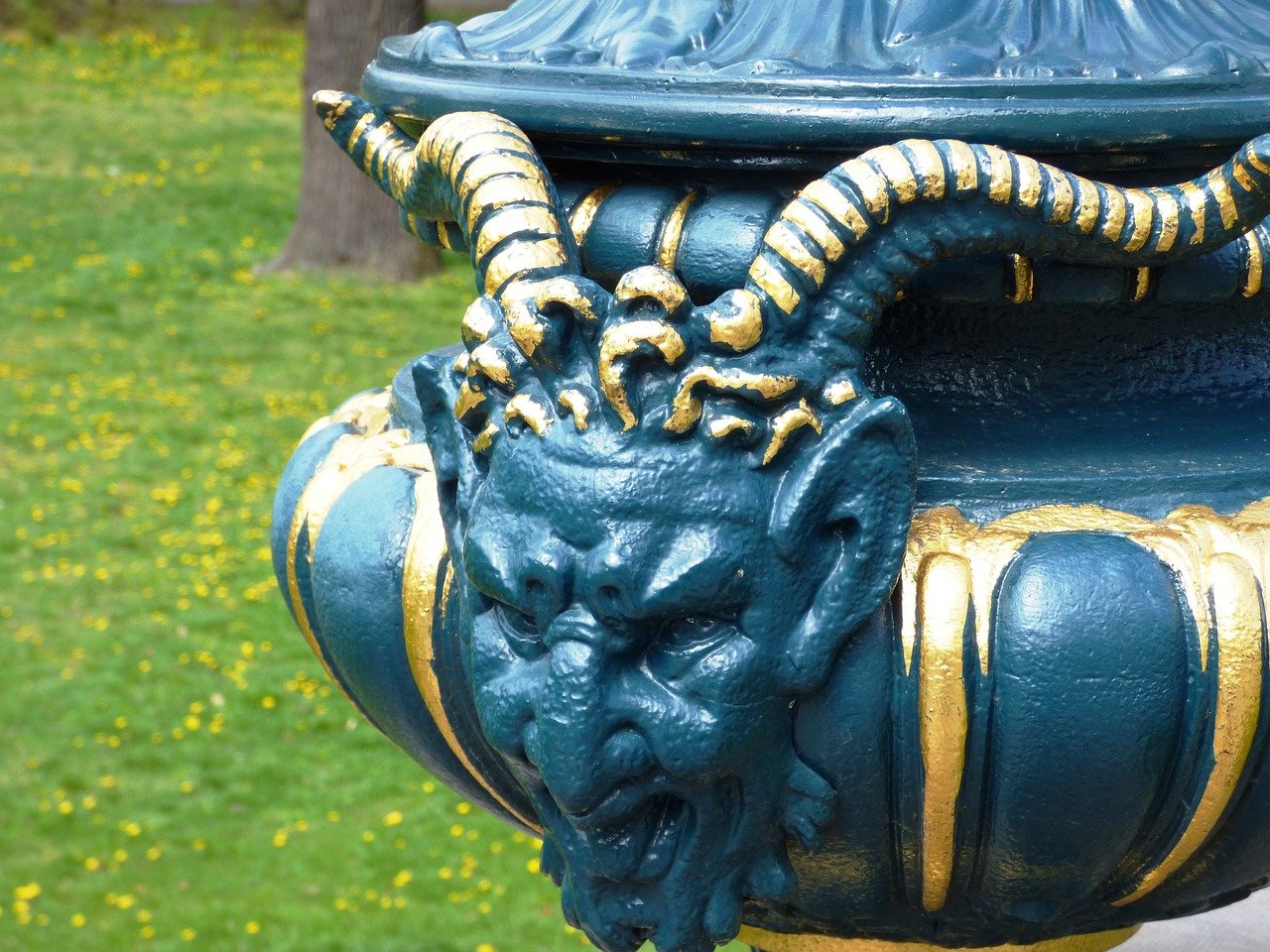 The feverish sun has blanched the colour out of the crowd queuing for the outlet sale. Sepia street musicians entertain with Swanee River, the banjo strumming away dully in C major while the alto sax swells the eee of Swanee. Among the mass lingers a man of restricted growth, whose wide-brimmed hat gains him six inches. He, and his sandwich board, advertising ninety-eight cent workplace trousers, should be way along Fourteenth Street, but there’s a snatch of shade here among the bodies.

In the back row, well out of the sun’s illumination, the Devil dressed in a black cassock and dog collar stands next to two nuns. He remains unnoticed by those around him, except for a little girl who glances up momentarily and notes something before returning to watch her mother help her little brother pee.

“Oh my,” a fair woman leans towards the Devil, the book she has been reading to pass her time in the queue open on the page where two lovers meet to drink cooling lemonade and declare their lust for each other.

The Devil isn’t sure whether her remark is in response to the book, or the crowd, or the heat. He considers her pale neck and the unadorned third finger on her left hand. He will keep his eye on her, along with the ugly-as-sin sandwich board man, and the legless beggar, who kneels in the gutter on a wheel board, gaping upwards, his face basking in God’s own sunlight. The bible on his lap has arrived too late for him; this hunchbacked cripple has already been named as the Devil’s own.

Hidden in the crowd, a pickpocket works his way through trouser pockets, shopping bags, billfolds. The Devil’s attention alights only briefly on him. The Devil isn’t here to judge, he leaves that to mankind. They’re hellish good at judgement. No, he’s here, like those around him, to see what he can get his hands on today.

A woman dashes past in the street, her purse held out in front of her, her hair blown backwards by the speed with which she is moving. Perhaps she has seen the looks in the eyes of those in the queue that say only they themselves are indispensable, that in a city where mothers go hungry for their children, the clothed and well-fed choose to gather in a stinking mass, queuing in hell’s heat for a bargain.

Except for the young girl, who having initially seen only a priest ranked by nuns returns her stare to the obvious horns that first alerted her to something different about this man. And then she smiles at him, laughs at the absurdity of his horns, the ridiculousness of the nuns he needs to protect him from these folk. Except those aren’t her reasons. She is smiling because it is summer and she is here with her mother and brother. She is smiling because life is good. And because the Devil knows that this is simply a moment in time, that she too will become just like the rest of them, he smiles back.

Ruth Brandt’s short stories and flash fiction have been widely published, including in Cabinet of Heed. Her prize-winning short story collection No One has any Intention of Building a Wall will be published by Fly on the Wall Press in November 2021. She lives in Surrey and Tweets @RuthABrandt.