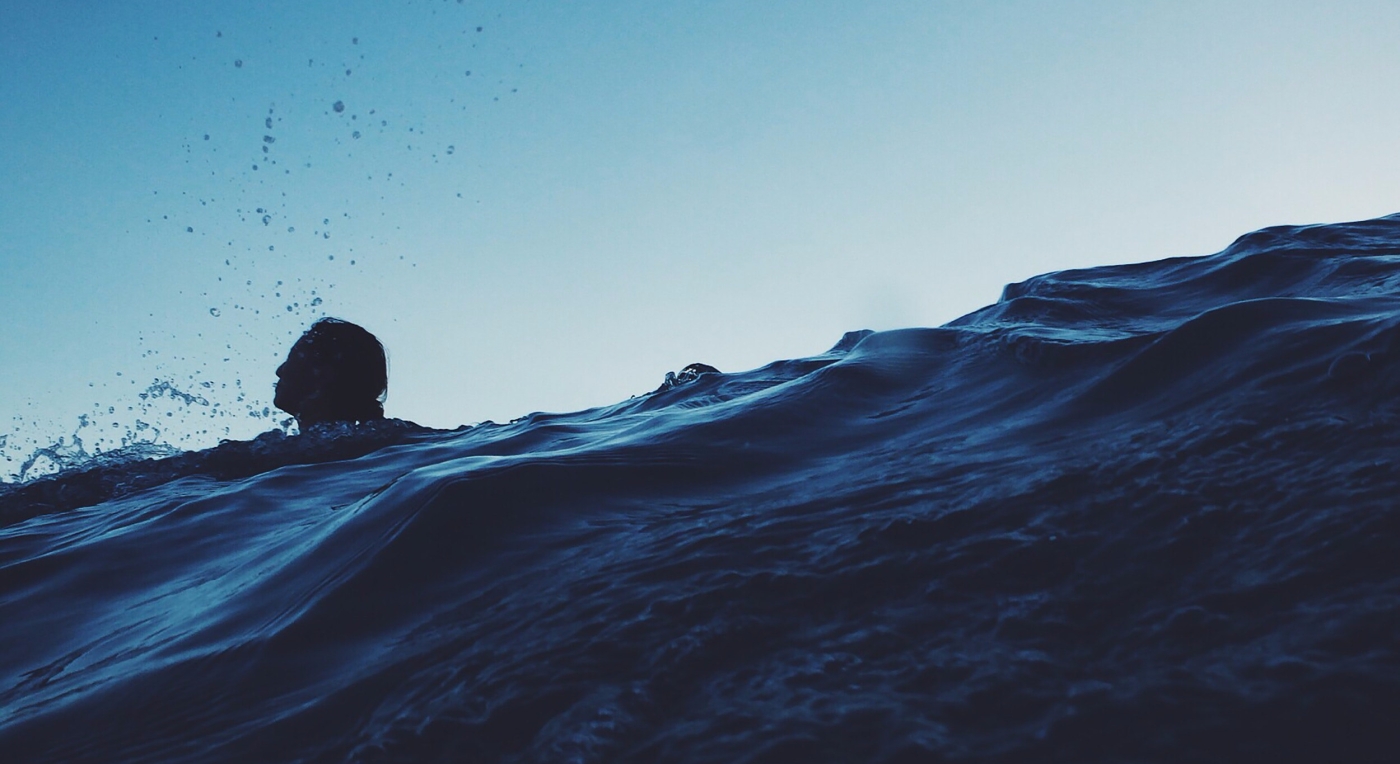 The girl steps into the water, careful precise movements until the waves lick at her hipbones. With a deft motion of her arms, she dives in. She has an neat overarm crawl, propelling herself toward the fiery line of the horizon.

The beach she leaves behind is clotted with people. They gossip and chat, eat ice lollies, apply sun cream, flick sand, build sandcastles, bicker and laugh and fight and play; they pay her no attention.

When she is a mile or so out, another two girls get into the water; they have the same efficient way of swimming, the water falls cleanly away from their bodies like hot knives through butter. Metre by metre, inch by inch, the new swimmers narrow the gap of gunmetal grey between them.

Like the shadow of a cloud passing over fields, the people on the beach fall silent. As they watch, the swimmers eat up the final shreds of ocean and come upon the girl in the blink of an eye. They push down on her, holding her in an unloving embrace.

They dip and bob, slip sliding under the water. The girl thrashes her legs but the fathoms below her give her no purchase and she loses precious sips of oxygen. There are three sleek blonde heads visible, but the swimmers are inorexable in their end goal and now just two heads bob up and down on the waves.

Briefly there are three again. Then two – the stillness stretches, folds in on itself with the weight of the watching gaze, but only still two remain. On the shore, the watchers take a sledgehammer to the silence as the sound of hundreds of voices cheer in victory.

Bio: Rebecca Williams has always wanted to be a writer. She completed the first draft of her novel – about bored housewives on a vigilante crime spree – in August 2017. She is killing time before second draft edits by dabbling in flash and shorter fiction. You can find her on Twitter @stupidgirl45