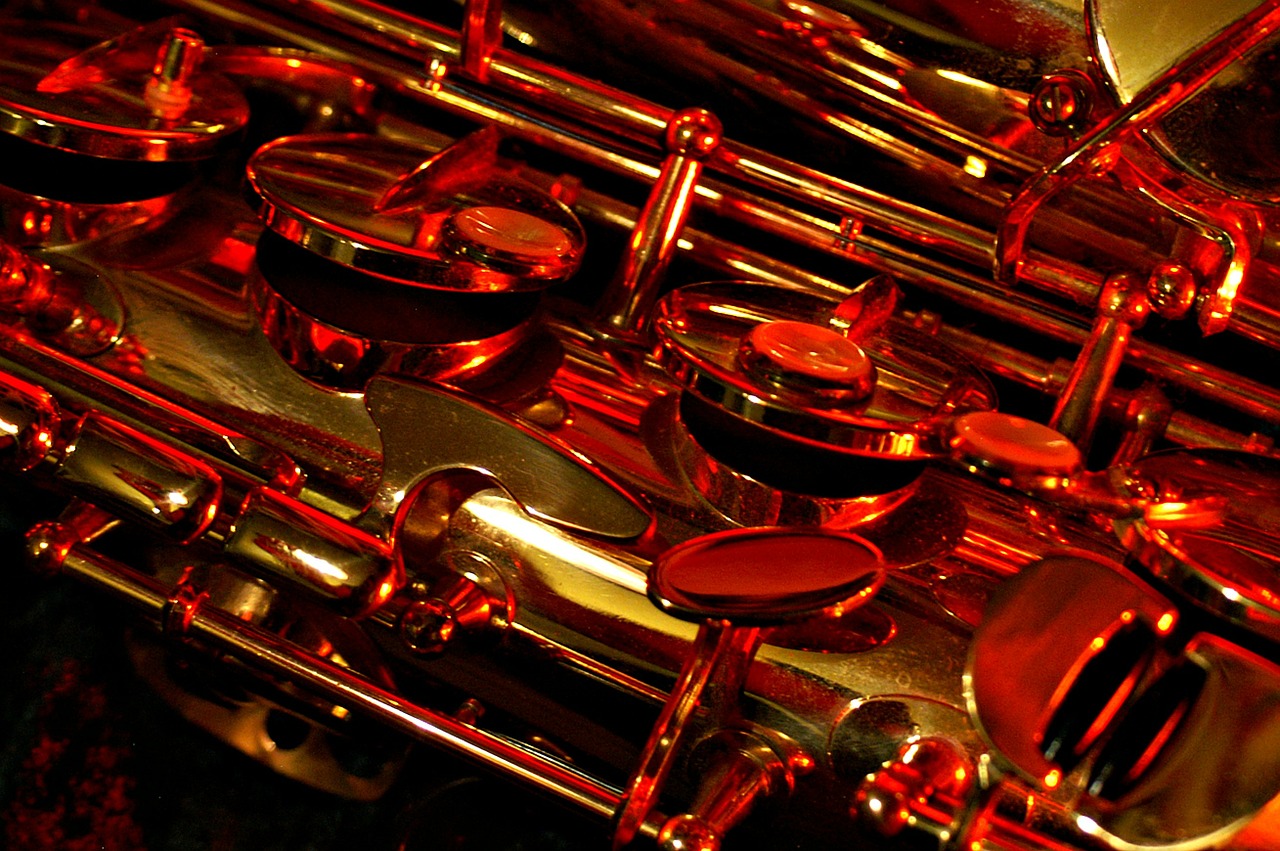 “Were they really mad, or was it just murky?”

“Mercury, Jenny,” Mum said, lifting her shoulders and dipping her voluminous blond crown towards me for emphasis. “It’s very dangerous stuff. And there’s a planet called Mercury, too.”

“OK… but were they really mad or not?”

Mum stepped closer to a sign hung on the wall, scanning columns of text above a drawing of the Mad Hatter’s tea party. “They were drunk, like people in the pub,” she said. “At first. But the longer they spent near the mercury, the worse it got, until they went mad. Then they died.”

“No. The mercury made sure the hats weren’t greasy.”

I squinted my eyes and shifted my feet. She hadn’t understood the question. Fur pelts hung from hooks, pretty white tails like dandelion seeds. “How many rabbits did they kill?”

“It doesn’t say. I’m sure it wasn’t very many.” Mum scratched her left forearm with the long fingernails of her right hand, and looked at her watch. Green light from an EXIT sign caught tiny diamantes that spelled the manufacturer’s name. She exhaled sharply and pursed her lips. “It was a long time ago. There’s no point worrying about it now.”

I ran my fingers across the glass on the display cases. Pith helmets and headdresses were balanced on mannequin heads alongside berets, bearskins and sombreros. Mum explained them to me: Some protected from the sun, some protected from bullets. There were hats that signalled allegiance to a football team and extravagant pieces for ladies to wear at horse races. It had been Mum’s idea, this visit. It gave me pleasure to make it painful for her.

“So why do I need to learn about these hats now, if nobody wears them anymore?”

“Because they’re lovely hats, Jenny, and the other girls in your class don’t know anything about them,” she said. “You can tell everybody about it on Monday morning after Mrs Blake does the register. They’re not nearly as grown up as you are, the other children. They don’t go to museums and learn about all these nice hats.”

I shrugged. I was six years old, deeply weary of Mum’s attempts to protect me from my own nature. I noticed the way her shoulders contracted when other parents welcomed me to birthday parties. “Uh-oh, here she is – watch out!”

We entered an area that was set up like the kitchen in a hat worker’s house. “Isn’t it incredible, Jenny?” Mum knelt down and placed her cheek against mine, gently steering my gaze from right to left and back again. “Stockport a hundred years ago. Can you imagine it? The olden days… very special.” She straightened up, looking around the room and puffing out her cheeks in a show of wonder. I fixed her with a soft stare, and she shuffled further into the museum.

I decided to hide from her.

I ran as fast as I could, tears streaming into the corners of my grinning mouth. Bright overhead lighting bounced off the display cases and wall mirrors, it was like running through a rainbow. I skipped down a flight of stairs and rounded two corners before skidding to a stop. A rubber face was bent over a workbench, a dusty mallet poised above strips of fur.

Echoing voices swept over the floor tiles like a cold draft. I ducked under the bench and slid through the mannequins’ legs, burying myself in a pile of fur that leant against a barrel. Mum stamped past heavily, the first letter of my name sharp and acidic as she stage-whispered it left and right, jerking her taut neck. Her heels scuffed the floor as she flounced away, moving into the next section of the museum.

I stared through the rabbit pelts and watched red, autumnal sunlight cling to motes of dust that hovered between my hiding place and the long windows opposite. I thought about the previous weekend, when Mum had taken me to the Catalyst Museum in Widnes, promising sausage rolls and animal-shaped biscuits. We’d stood in front of a rotating wheel that reminded me of something I’d seen on Saturday morning TV. Calcium. Carbon. Aluminium.

“Is it only the names that are different?” I had asked.

“No, Jenny. They’re made of completely different things.”

Mum was chewing a complimentary pen with The Museum of Science and Industry written along the side. She drew on it like a cigarette, clasped it between two fingers and pulled it away from her lips. “They’re made of the same stuff as everything else. It’s only the amounts that are different, and the way they’re joined together.”

I rubbed my eyes and turned my toes inwards. She hadn’t understood the question. “So my nose is made of the same stuff as a window sill and a baby penguin?”

“Yes,” Mum said. “And you don’t have to ask questions about everything, Jenny. I’ve spent money on this. Try to learn something.”

I looked out through a gap in the fur. A deep voice was shouting my name – several deep voices. The man from the front desk, tall and portly, lumbered into view. He cupped his hands around his mouth each time he called, before placing them back into his pockets, and then repeating the movement. His tone was conciliatory and light.

Two women and four or five men, dressed all in black, followed him. I could make out sheepish expressions on their faces as they called my name in shrill voices that rang through the exhibit. “Oh, Jeeeeeennyyyyyyy? Heeeeere Jennijennijennijenni!”

When their voices faded, I wrestled my way out from under the rabbit pelts and crept back in the direction I had come from. I had the idea of escaping to the bus stop up the road, surprising Mum when she’d given up looking and resigned herself to heading home without me. I tiptoed down another flight of stairs and through the gift shop, until I saw the entrance to the museum café. A banner hung between two heavy black pillars: Horns in the Hat Works. Instruments glinted in the corner of the room.

I recognised the drum kit, and crawled past a bass guitar in its stand, almost knocking it over. The back of the kit was fantastic: The bass pedal with its metal link chain, the wires below the snare, brushes and mallets in a pouch hanging from the floor tom. I wasn’t supposed to see this. I had stolen these insights. It was glorious.

Lines of light raced around the cymbals: I was desperate to strike them with a drumstick, but knew Mum would hear it and I would get caught. Instead, I patted my palm against the high-hat, and it clicked and shimmered mischievously. A shadow darkened the red bricks around the entrance to the café. I shut my eyes and squirmed.

“Well, well, well…” a man’s voice, hushed. “Your mum’s had us searching everywhere for you, Jenny. Is everything alright? Don’t be scared, you’re not in any trouble. Are you ok?”

I peeked through the drum kit. A tall man with white, slicked-back hair was smiling broadly, yellowed teeth tucked under grey lips. His back was a little stooped and his soft arms hung by his sides. His shoes, socks, trousers, belt and shirt were jet black.

“My name’s Albie, I play music in a band. I see you’ve found our instruments. They’re lovely aren’t they? Which one’s your favourite? The drums?”

I smiled, face downturned. Albie chuckled breathily, jerking his shoulders and causing his limp arms to dance. He walked towards me, reached down, and picked up a silver tenor saxophone, clipping it onto a strap around his neck.

“Have you seen one of these? It’s called a saxophone.”

I shook my head. Albie moved the mouthpiece towards his face and quickly licked the reed. Then, standing upright, he blew into the sax. A thick, slightly undulating tone began to build, very quiet but broad and palpable. The air in the room seemed to change completely. The wires beneath the snare began to wiggle against my shoulder.

Albie drew the saxophone away from his mouth and smiled at me. I grinned, euphoric.

“I wonder if you know this tune,” he said. “Listen carefully, Jenny. Are you ready?”

I nodded. That presence poured from the saxophone again. I knew the song but it was transformed, rendered in technicolour, travelling in all directions at once.

I whispered: “Is it Postman Pat?”

Albie nodded and played it again, a little faster but still very quiet. I felt silly and proud.

“It’s an easy thing to do, playing a musical instrument,” he said, lifting a chair away from one of the tables and sitting down. He unhooked his saxophone, and stood it on the ground with its neck against his knee. “For this one here, the saxophone, I just have to blow in here,” he pointed to the mouthpiece. “The air travels along the instrument and comes out here,” he said, pointing to the bell. I raised my hand, and he nodded at me.

“What happens if you do it the other way around?” I asked.

Albie’s eyebrows lifted. “You mean if you blow into the other end?”

“Yeh. Does it make the noise so tiny that nobody can hear it? Really small like a molecule or an atom?”

“D’you know, I’ve never tried it. Maybe it would, Jenny. Maybe even smaller than that.”

A wave of shock ran up my back and made the top of my head tingle. “Mum says they’re the smallest things in the world. There’s nothing else smaller than those. That’s where it stops.”

He shrugged. “Like I said, Jenny: I’ve never tried it. I wouldn’t know.” Albie reached down and slowly turned the saxophone until the bell faced towards me. “Give it a try. Then we’ll both know the answer.”

I chewed my bottom lip for a moment, and then climbed carefully past the bass guitar and padded over to the saxophone. Then I hesitated and looked up at him.

Albie considered for a moment, before raising his eyebrows and pouting his lips. “That makes sense,” he said.

I took another two or three steps forward and crouched next to the instrument. Then, I pushed my chin and nose into the bell of the saxophone, breathed so deep I thought my stomach would explode, and roared.

When I leant back, Albie was weeping with laughter. I started to giggle. We shook and howled, wiping our eyes and gasping for breath.

Mum’s voice: “Jennifer. Where the hell have you been?” She strode towards me, yanking me to my feet and hauling me past a display of heavy machinery and out into the street. Dad brought me to bed that night.

“Is it fun, Jenny? Going to all these museums?”

“There must have been something you enjoyed. Come on, tell me about one thing. What was the best thing you saw?”

I pictured the instruments, positioned exactly as they had been when I first saw them from the café entrance. In my mind they had swollen, pregnant with their overpowering capacity to communicate. I stepped towards each instrument in turn and reached out my hand, swiping clean through them like air or water. Made of the same things as a window sill and a baby penguin. Made of the same things as me. Their voices within me, somewhere. Melodies silent, waiting.

I looked at Dad’s soft smile. “Why would anyone die just to make a hat less greasy?” I asked. “Why didn’t they make saxophones instead?”

Matty Bannond was born and grew up close to Manchester, UK. He is thirty-two years old and currently lives in Germany. Alongside writing fiction and comment, he looks after his baby daughter and plays the tenor saxophone in a six-piece jazz and funk band.